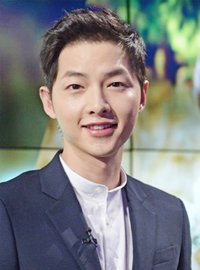 Song Joong-ki, the star of the hit KBS series "Descendants of the Sun", has been appointed an promotional ambassador by the Korea Tourism Organization, the Ministry of Culture, Sports and Tourism said Friday.

The heartthrob will appear in a series of commercials to promote tourism in Korea.

They will be filmed in the former mining cities of Taebaek and Jeongseon in Gangwon Province with a view to airing them in July.