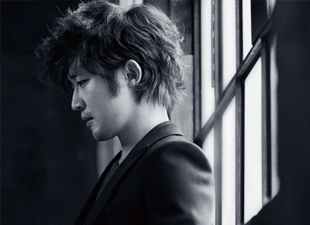 Actor Ahn Jae-wook will be making his long-awaited comeback as his other role, a singer.

"At This Moment" will contain four tracks in total: Best Friend, Me Who's Still Dreaming, That Guy, Though I Hate You, Though I Hate You". Song composer Yoo Hae-joon (who wrote "Thousand Year's Love") and Jeon Hae-seong (who wrote "That Man" from the "Secret Garden" drama soundtrack) participated on the album. Notable talented musicians like TRAX's Kim Jung-mo also featured on the songs.

Ahn took part in the producing of this album. The buzz is that the songs are inspired from Ahn's personal experiences, with the theme of friendship and love, and they ring deep with honest lyrics.