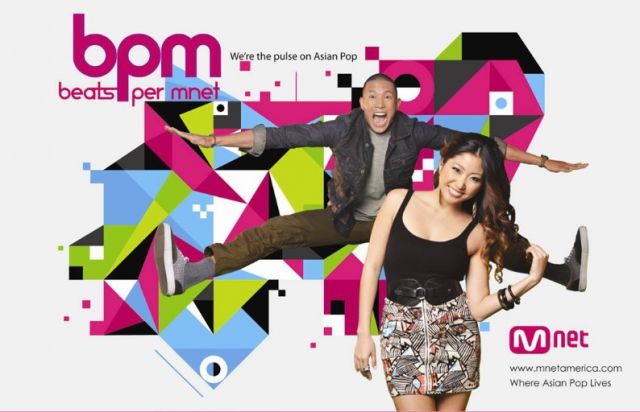 Weekly Series Highlights the Hottest Trends in Asian Pop Entertainment, from the Latest Music to Food, Fashion and Art

Viewers will not want to miss the season premiere featuring an exclusive interview between married Korean hip hop artists Tiger JK of Drunken Tiger and Yoon Mi Rae (Tasha), during a brand new segment, "Artist x Artist", which features celebrities interviewing each other.  Other artist appearances include Brent Rollins, DJ Qbert, RZA, Jeff Staple, Reyes, and Raka. Also featured on BPM this season are Kendrick Lamar, Airplane Boys and a cameo by Snoop Dogg. New recurring segments include "Best of the Best", following celebrities in search of the best in food, fashion and parties and Angry Asian James Koo's, "Rant Radio" giving viewers a unique and exclusive look at what drives Asian pop culture in America.

Both new hosts, Jelynn Sophia and TK Nguyen, are originally from San Diego. Jelynn is known for hosting on numerous networks such as the TV Guide Channel, AMC, Altitude TV and Disney/ABC's Soapnet.com and TK was discovered during Mnet's VJ contest last year. New production partner Cashmere Agency brings to the show an expertise in understanding lifestyle culture, the multicultural movement and what resonates with the youth market.

WHERE:
Mnet, available nationally to subscribers of Verizon FiOS and many leading cable providers. To find local channel information, please visit the channel guide at www.mnetamerica.com.

"Beats Per MNET (BPM) season two"
by HanCinema is licensed under a Creative Commons Attribution-Share Alike 3.0 Unported License.
Based on a work from this source