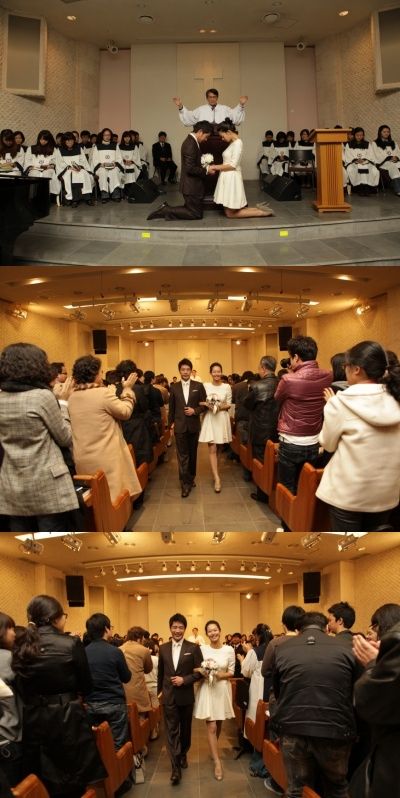 Actress Jung Ae-yun and Kim Jin-geun had a secret marriage last month on the 22nd!

The pictures have been released now and are being a shock to the fans!

It is known that their private wedding was at a church with close family and friends. The ceremony was led in a Christian service style.

Jung Ae-yun is also currently 5 months pregnant and will be expecting next summer!

"[ChanMi's star news] Secret Marriage for Jung Ae-yun and Kim Jin-geun!"
by HanCinema is licensed under a Creative Commons Attribution-Share Alike 3.0 Unported License.
Based on a work from this source