Cho Seung-woo Learns the Latest Slang From His Juniors 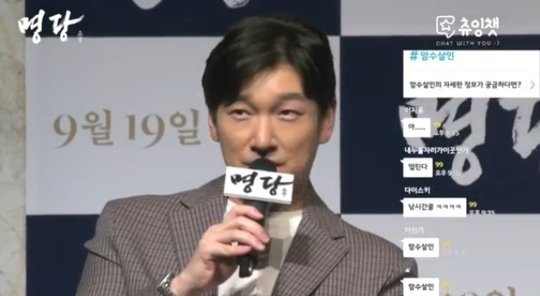 Cho Seung-woo was told he never gets old, but he denied it. He had revealed once that his favorite breakfast was oatmeal cereal once and reporters asked if that was his secret to looking young, but he said he doesn't eat it anymore.

"Cho Seung-woo Learns the Latest Slang From His Juniors"
by HanCinema is licensed under a Creative Commons Attribution-Share Alike 3.0 Unported License.
Based on a work from this source