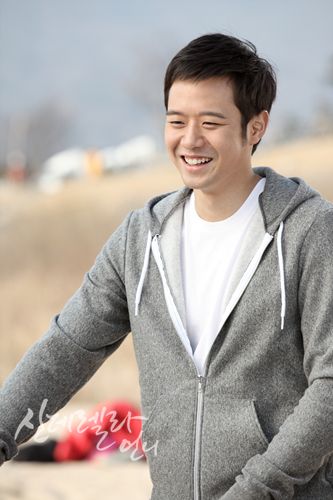 "I knew that we could do it. I think I will forever be moved by what happened in South Africa", Cheon said after watching the game which secured South Korea a position in the round of 16, the country's first time to make the advancement in a World Cup away game.

South Korea tied 2-2 against Nigeria, the first goal scored by Lee Jung-soo and the second by Park Chu-young.

In an interview with Asia Economic Daily on Tuesday, Cheon had predicted that player Park Chu-young will score a goal which would makeup for an own goal he made during the team's match against Argentina last week.

Cheon made his debut in the entertainment industry with his role in KBS' drama "School 2". He has appeared in other small screen roles such as "Fashion 70s" and most recently in "Cinderella's Sister".

He also starred in Korean films "The Aggressives", "Les Formidables" and "Hansel and Gretel".

"Chun Jung-myung hurrahs soccer player Park Ji-sung"
by HanCinema is licensed under a Creative Commons Attribution-Share Alike 3.0 Unported License.
Based on a work from this source