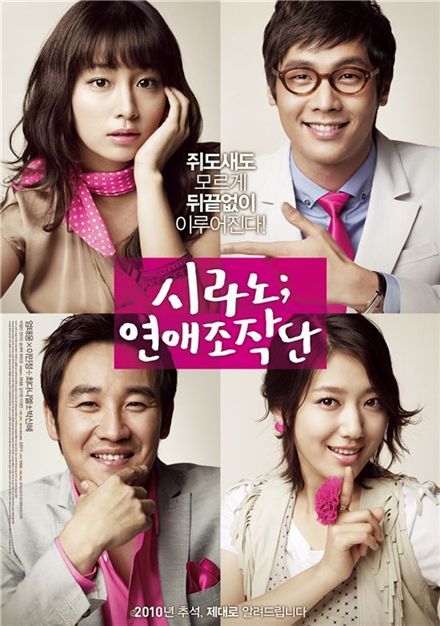 For the weekend of October 1 to 3, "Cyrano Agency" stayed at the No. 1 spot of the chart with 280,592 viewers, according to estimates released by Korean Box Office Information System (KOBIS) on Monday.

The picture has attracted close to a total 1.8 million moviegoers since opening in theaters on September 16.

Korean action pic "A Better Tomorrow" stepped down two spots from the previous week to fourth place with 97,595 admits and animated film "Despicable Me" fell two ranks as well to No. 5 with 83,368 tickets sold.

""Cyrano Agency" still No. 1 after two weeks"
by HanCinema is licensed under a Creative Commons Attribution-Share Alike 3.0 Unported License.
Based on a work from this source