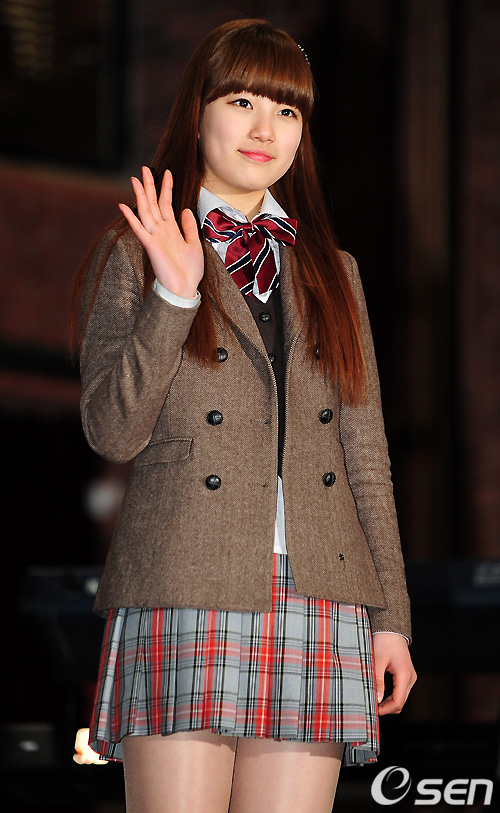 Suzy plays the role of Ko Hye-mi in the KBS 2TV drama "Dream High" and is surprising viewers as every episode goes with her improving act. Acting for the first time of her life, in the beginning of the drama, Suzy was caught in a issue for her inaccurate pronunciation and vocals, awkward expressions and so on but she is getting over this. It's not the most sophisticated but now she's capable of emotional acts.

The youngest in the girl group Miss A, Suzy had heavy responsibilities being the lead female role in her first acting project. Not having any experience and not being seasoned, as a rookie she would have been under pressure. What was worried became reality. 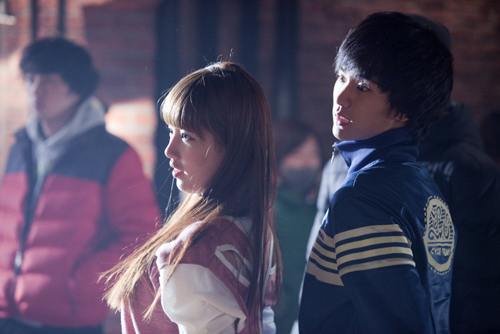 Now that "Dream High" is about halfway, viewers look differently at her advancement. As the triangle love affair with Sam-dong (Kim Soo-hyun) and Jin-gook (Ok Taecyeon) gets deeper, and as the selfish and immature girl grows up, Suzy is now capable of various emotional expressions. Happiness and tears, worries and other various emotions are living out through her way of talking.

In the drama bulletin viewers support her by saying, "Suzy had developed a lot. I send my applause to her efforts", "It was weird at first but she's getting used to her place as time goes", "I thought she was only pretty but I think she acts well now too. A little trim on the edges should help her succeed as an actress", "What is the key to her improvement episode after episode?".

Meanwhile, "Dream High" is leading in the Monday and Tuesday drama competition thanks to Suzy, Kim Soo-hyun, Ok Taecyeon, IU Wooyoung and other idol singers and their hard work.

""Dream High" acting beginner Suzy, has grown"
by HanCinema is licensed under a Creative Commons Attribution-Share Alike 3.0 Unported License.
Based on a work from this source