[Exclusive] 'A' "I am not seeing Han Ye-seul anymore 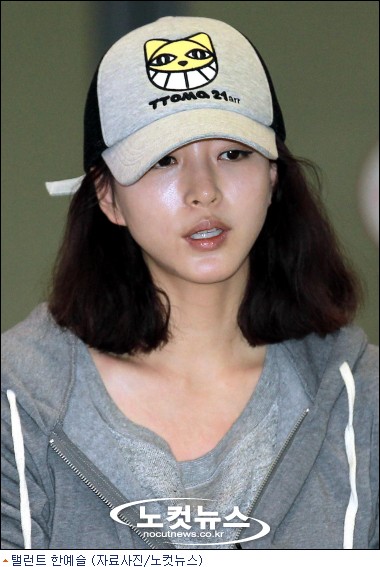 "I am not seeing Han Ye-seul anymore"

A major shareholder of a general service cable company and lover of Han Ye-seul, 'A', admitted to the break up.

An official said, "We asked him about the break up as soon as news got out and he said "I am not seeing Han Ye-seul anymore"".

'A' graduated from a prestigious Ivy League university and runs a management consulting company, and had been in a relationship with Han Ye-seul since the beginning of this year. It is well known that he was exceptionally considerate in August when she blew off a drama shoot and left for America.

A company official said, "I am not sure if it was because of the attention, but after she came back, it seems things weren't all that great. He was asked officially about the break up because of rumors, and he admitted that he wasn't seeing her anymore".

Meanwhile, Han Ye-seul has completed her drama and is taking a break.

"[Exclusive] 'A' "I am not seeing Han Ye-seul anymore"
by HanCinema is licensed under a Creative Commons Attribution-Share Alike 3.0 Unported License.
Based on a work from this source