Experience the fusion of Korean Culture and The Four Season City of Australia, through the eyes of KOFFIA 2011 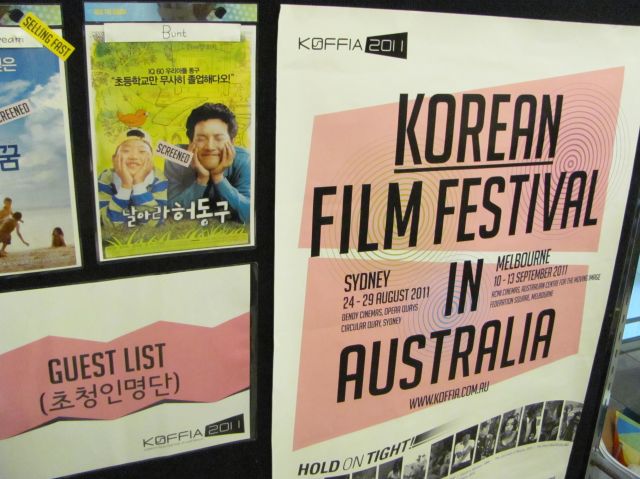 As I was walking across the aisle, the Genie song tickled my ears as it was inviting me to come in. I was then so sure for stepping my feet further inside. This is the place.

It was Monday. As Melbourne is (in)famously known as the four season city, the day was a bit chilly even though it was already spring. It supposed to be the most lovable season when the wind should've stopped demonstrating his fierce blow. I hurriedly walked from the nearest tram stop to my destined place, ACMI (Australia Center for Moving Image). One of the greatest place in Melbourne. And where the Korean Film Festival 2011 was held. 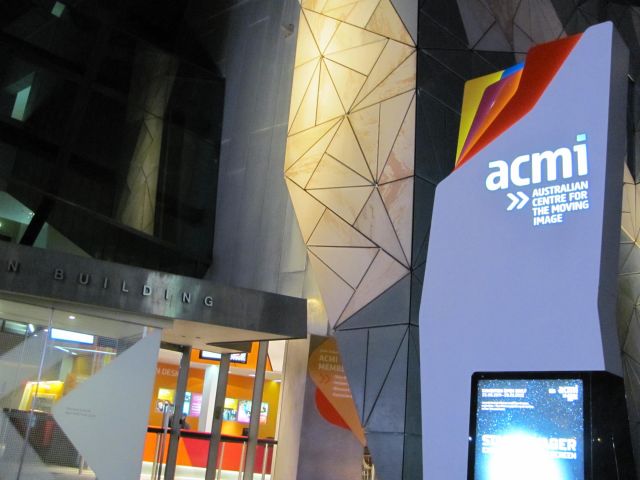 Through Korean Film Festival (KOFFIA), Korean lovers in Australia can literally enjoy the box office Korean movies in Korean atmosphere, communicate in Korean language with native speakers, along with traditional lives performances and the ultimate Korean dishes! This is where the Korean cultures fused with Australian life.

It was then no surprise when I saw many local citizens attended the festival. Melbourne, which recently gets the predicate of being world's most livable city, is a perfect multicultural place to live. 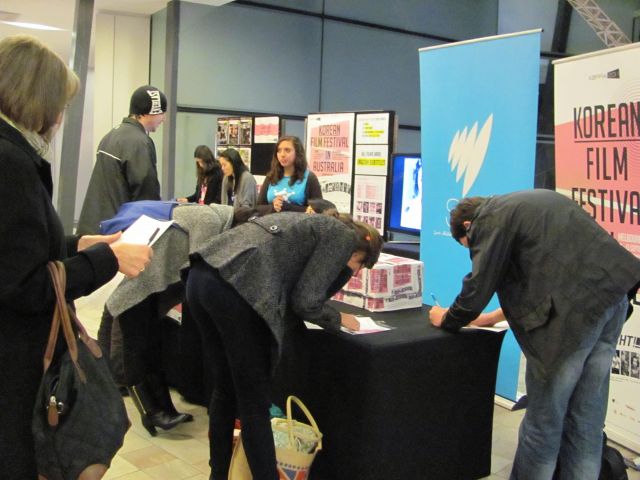 Soon I arrived at the adorable corner decorated majorly in pink. There's where the volunteers and staffs gathered to warmly greet the guests. The guest can collect their tickets and observes the screening movies at that 'official corner'.

One thing that grabbed my attention was the adorable T-shirt of the volunteers. 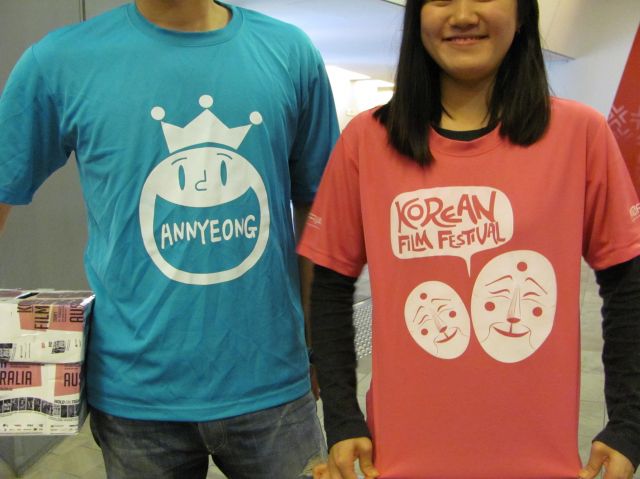 Two attractive colour with pictures depicting Korean traditional culture (pink T-shirt) and the welcoming picture saying 'ANNYEONG' are pleased to see. Thanks to the volunteers who have greatly sacrificed in promoting the Korean Culture in Melbourne in a chilly spring night. 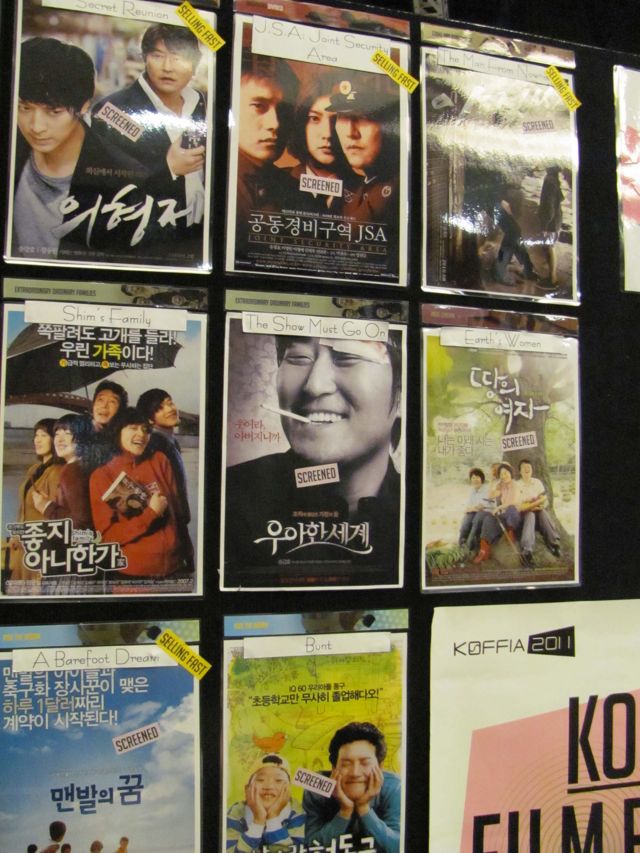 That day's screenings were 'The Show Must Go on' (middle poster) at 6pm and "Secret Reunion" (top left poster) later on 8.15pm. Both movies are starred by Song Kang-ho.

For the first screening, I arrived at a considerably small theatre. The movie was attended by around 50 people. Considering that the day was Monday, at the after-work time and exactly at the dinner time, the attendance number was alright.

'The Show Must Go on' features a father who happens to be a gangster, In-gu (Song Kang-ho). Over the time, he loses his identity and experiences a decline in his family life and gangster brotherhood. The whole story focuses on In-gu and his journey to grab his life back.

Different atmosphere was felt as I finished watching 'The Show Must Go on' and exited the door. Heaps of people had been waiting for the next show in front of the theater, stairs, and the 'official corner'.

That day coincided with the Chuseok Day. At the entrance of the second screening of the day, "Secret Reunion", a table was prepared to greet the guests with traditional Korean rice cake and Korean wine. 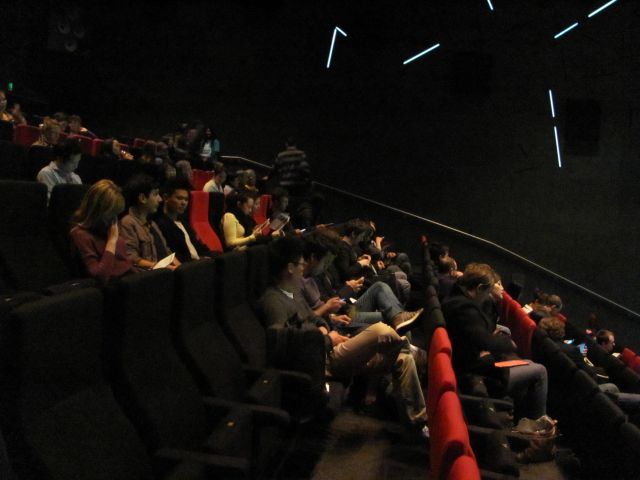 The theater was much bigger than the previous screening. The attendance number was massive. The theater was fully filled with the guests. It was hard to look for an empty seat. 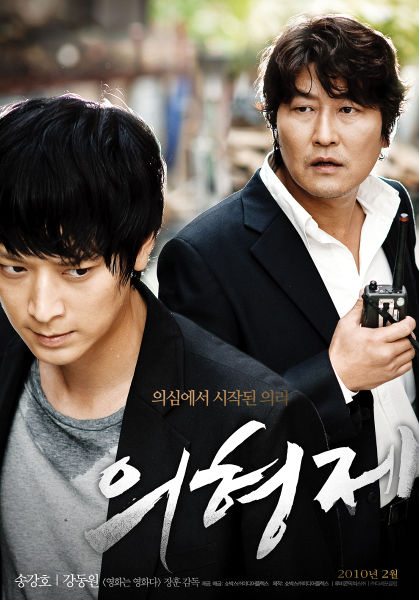 No wonder, personally speaking, "Secret Reunion" has a more popularity that attracted more guests to come.  The story line is more interesting, the action scenes are more intense, and thus it creates an emotional relation between the movie and its audiences.

The movie features a unique relationship between two very different persons with opposite interests. There are Ji-won (Gang Dong-won) a North Korea secret agent who happens to be abandoned by his country because of an incident and Han-gyu (Song Kang-ho) a member of National Intelligence Service who is fired because of the same incident.

After the six years period, the two coincidentally meet and build a business partnership but hide their secret motives of being together. Over the time, the two become friends. The movie is finished by the two friends finally find their true self and gather their happy ending.

The next day was the last day of KOFFIA Melbourne. To close the festival, there was a closing ceremony at the last screening 'Shim's Family'.

Kieran Tully as the marketing manager of the Festival gave the speech of how successful the KOFFIA 2011 had been and hoped for the best for the 2012 festival.

'Shim's Family' was entrusted to be the closing screening for KOFFIA Melbourne. The movie about the dysfunctional family is packed humorously and wittily. It teaches the audience of how important it is to believe and rely on your family. When all your friends turn your back on you, your family will stay still and stand by your side.

Throughout the festival, the survey about the specific movie and the festival was busily conducted by the volunteers. It is done in order to provide the best KOFFIA for the next year onwards. See you next year.