"Ghost - Drama" So Ji-sub the detective 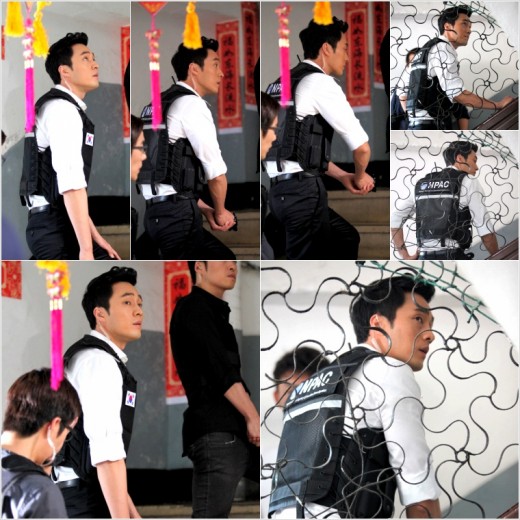 Actor So Ji-sub is now a cyber investigator.

So Ji-sub takes on the role of cyber investigations detective Kim Woo-hyeon who fights various cyber crimes in the SBS TV drama "Ghost - Drama" which is to be aired for the first time on the 30th.

So Ji-sub's image from the drama was revealed on the 17th. He is wearing a special police vest complete with a gun in his hands at a crime scene.

Challenging the detective role for the first time since his debut, So Ji-sub is taking care to analyze the Kim Woo-hyeon character with passion. Like the veteran actor that he is with looks that don't need any explanation, it looks like So Ji-sub is going to create a whole new detective character.

This scene of So Ji-sub at a crime scene was taken in Seoul on the 5th. Everyone was tired from the night before where everyone was up and involved a major scale action scene. However the cast and crew worked together well as a team and encouraged each other the whole time and the scene ended in 3 hours.

Meanwhile, "Ghost - Drama" is about the secrets of people who hide behind the high technology, unrevealed by the agents of a cyber investigations unit like puzzles full of suspense. Written and produced by Kim Eun-hee-I and Kim Hyeong-sik from "Sign", many are expecting another birth of a famous drama.

""Ghost - Drama" So Ji-sub the detective"
by HanCinema is licensed under a Creative Commons Attribution-Share Alike 3.0 Unported License.
Based on a work from this source