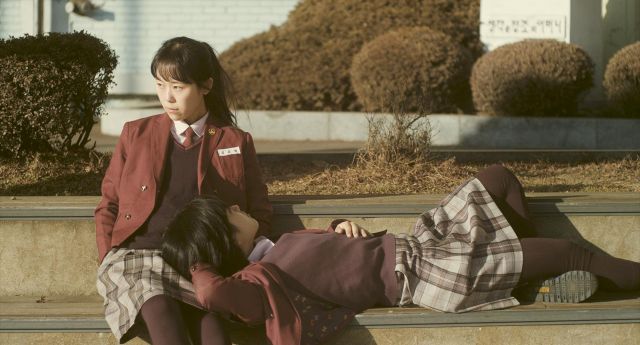 Art house films have been a relatively newly acquired taste for me, which has begun during the last seven or eight years. As I found my way in the Korean art house film genre, I stumbled upon some greats ("The Liar" and "Communication and Lies" come to mind), and some utterly uninteresting ones. Then there is "Jamsil", which does not fit in either of these categories. The only definite thing I could say about it is what came to mind as I was watching it: "Too art-house".

"Jamsil" (Festival entry) is screening at London Korean Film Festival that will be on October 26 to November 19.

The script revolves around Mi-hee, a thirty-something woman whose life is in shambles. She has failed the bar exam repeatedly, her boyfriend just damped her, her relationship with her parents in dysfunctional, to say the least, and she has just moved in a cramped attic, in a symbolism of her lonely, failed, and no-prospects life. One day, on a complete whim, she rings the bell of a total stranger, forty-something Seong-sook, and claims that the two of them were best friends during high school despite the obvious ten-year age gap between them. In an even stranger reaction, Seong-sook (who lives with teenage sweetheart Ik-joo with whom she is in a somewhat disappointing relationship), invites Mi-hee into her home. The two of them embark on a trip that actually and eventually, makes them best friends. At the same time, the film moves on another axis, mainly presenting Seong-sook's past as a teenager. Furthermore, and in a fittingly strange procession of events, Mi-hee starts having an affair with Ik-joo, and Seong-sook with a younger journalist, Oh Doo-min, while she also tries to locate her actual best friend from high school, Geung-kyeong, who doesn't seem responsive at all.

Lee Wan-min in her debut, directs and pens a film that implements a narrative that is utterly unusual, to say the least, as she does not seem to give any regards to logic (the way the two women meet) or space and time (there are some sequences that could be easily described as time travel). Furthermore, her own and Lee Do-hyun-I's editing does not seem to have left anything out, with the total of the aforementioned factors resulting in a somewhat disconnected film that lasts for more than two hours, making it quite difficult to watch for its whole duration, with the slow pace and the abstract sociopolitical comments. 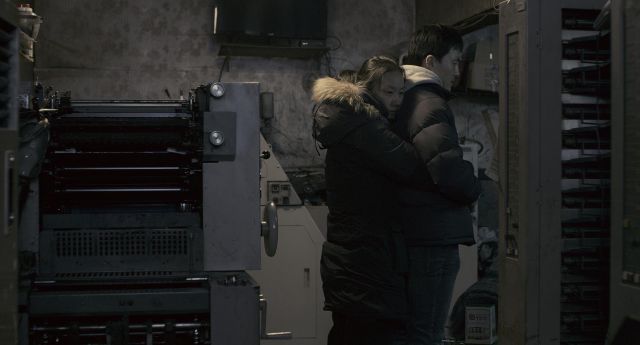 These faults, however, do not mean that the movie is without merits. On the contrary, Lee Ju-hwan's cinematography is quite good in both presenting images that mirror the awful psychological situation Mi-hee is in, through grey and occasionally almost black-and-white hues, and in the presentation of the flashbacks, where he implements a retro red hue that fills the screen with a very fitting nostalgia.

Another trait of the film lies with Lee Sang-hee's performance as Mi-hee, who presents a variety of sentiments raging from hopelessness and rage to the exact opposite ones, in impressive fashion. Her outbreak in her parents' house is the highlight of her performance, with Lee Wan-min anchoring the film upon her.

Lastly, it is obvious that Lee has deep knowledge on the subject of female friendship, presenting it with a thoroughness that forms one of the bases of the film, and functions quite well in the narrative.

Lee Wan-min shows potential of artistry, but "Jamsil" is a bit too ambitious for a first attempt at a feature, and a movie that would definitely benefit from some tight(er) editing.