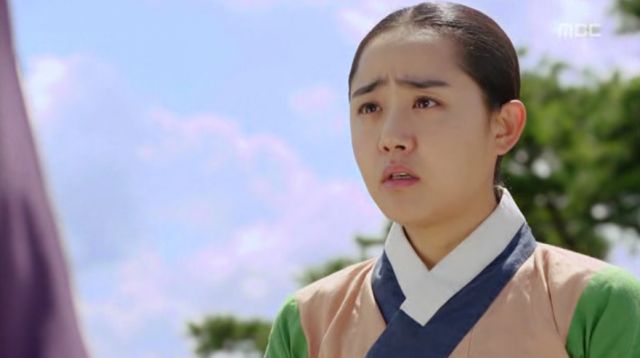 Jung was kicked out of Punwon Kiln because of her blindness and the change of environment was one of the best moves the writer has made thus far. It removed Jung temporarily from politics and allowed her creative freedom. Even more than that, it allowed her to live without pretense and with no stress. It fits her established personality better.

The way she came to be a ceramicist outside of Punwon Kiln, however, is the most frustrating aspect of the episode. Jung's eyesight is cured by a miracle. The story is already simplified to the most basic of storylines so the introduction of a miracle is just an unneeded panacea that borders on the ridiculous. It makes it seem like the writer didn't know how to cure Jung quickly enough to get her doing ceramics again. But the miracle was unneeded. It would've been fine to have a short time jump that shows her living blind and slowly recovering. Suffering is a great tool for character growth and change. 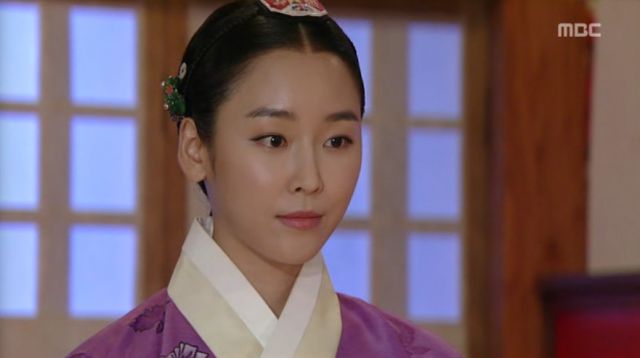 It would've also been good to throw Kang-chun and Hwa-ryung off of Jung's scent for a bit; lull them into complacency. But Jung was immediately brought back under Hwa-ryung's watchful eye when Jung's bowls were illegally traded. The passage of time is something treated very lightly by the show. Time causes so much change in people and situations and the writer needs to make greater use of it, especially in a period piece. Almost everything takes longer with no modern amenities. It is bizarre to have all events occurring at a rapid fire pace with no logical pauses for the passage of time.

Hwa-ryung's character has the potential to be interesting as she has turned to illegal trading to secure her reputation in the market. It is a risky, but courageous, move that proves she can be ruthless and a potentially huge obstacle for Jung. The situation would have to be handled correctly, but Hwa-ryung could pose a genuine threat that would be a healthy development to the story. I fear that she will be as badly handled as the rest of the opportunities in this show. 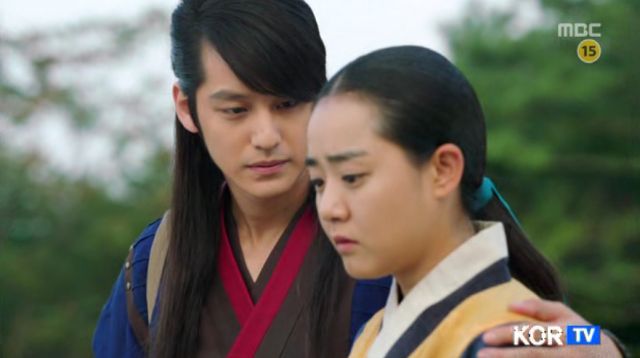 Kim Beom finally received the chance to really act. He is wonderful as Tae-do who cares for and protects Jung. His emotions ran the gamut from concern, to fear, to tender affection and all were wonderfully portrayed. The depth of character was very welcome in the lackluster world of "Goddess Of Fire Jeongi".