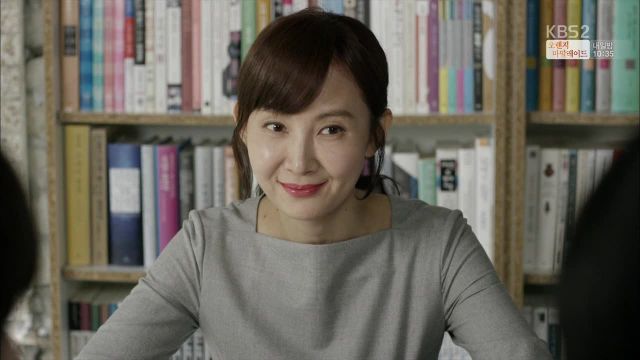 This drama didn't quite end how I expected it would. I wanted fewer bow tied endings and a little more realism. It's not like I wasn't happy with how things turned it. It was all sweet and full of fuzzy warm feelings that were enjoyable to feel and enjoy. However, these sentiments didn't quite fit with the overall tone of the drama.

"Unkind Women" was about these women findings themselves and learning to overcome their pasts. It was about taking whatever life gives them and making the best of it. A completely bow-tied ending doesn't fit with that. Hyeon-ae repented as best she knew how and also got a man. Honestly, it would've been realistic to have her remain reticent, and that open end would've been satisfactory.

The open end I am unhappy with is the fact that Roo-oh leaves for America and is never to be heard from again. The romantic in me wants him to end up together. The writer in me just wants some sort of end to their hardwon romance that was thrown out the door by omitting their story completely from the happily every after. This relationship was a huge point of contention in the show, not only between Ma-ri and Roo-oh themselves, but between Hyeon-ae and Hyeon-sook, between Roo-oh and Doo-jin, between Ma-ri and Doo-jin. It deserves some resolution.

Eun-shil's story was better than I thought it would be. I like that Soon-ok's maternal affection melted her nasty attitude. It is that very same affection that Hyeon-sook needed as a teenager, but Soon-ok was too distraught to give. I did want her to receive some sort of punishment, but maternal affections need no rewards.

Hyeon-sook's story was the one I expected to end well because her character's trajectory was meant to rise, she was to pick herself up from rock bottom and make herself into a living, breathing human being again. She encouraged herself to get stronger and one by one her loved ones joined her. I like how she ends up teaching teenagers to avoid her fate. That has a nice symmetry to it.

Mo-ran on the other hand. She really should've just died. There was no point to her living. Her character lost its usefulness after Cheol-hee was accepted back into the family. Her death would've been poetic had she died with the forgiveness of the family to lighten her soul. Even if she had just left and not come back, her parting would've had some meaning. Keeping her in the story was just extraneous.

Hyeon-jeong and Ma-ri were cast to the side in the later part of this drama as Hyeon-jeong learned to love and Ma-ri was just plain forgotten. They had both done so much growing in the first part of the drama and it was really disappointing to see them left by the wayside. Doo-jin started to break out of his reserved mold, but never made it all the way out. He too was discarded near the end.

The finale of "Unkind Women" wasn't as stellar as the last episode, but it did conclude a story that had some powerful elements. There was no need to make this ending as neat as it was, but neither did that detract from what was good about the drama.