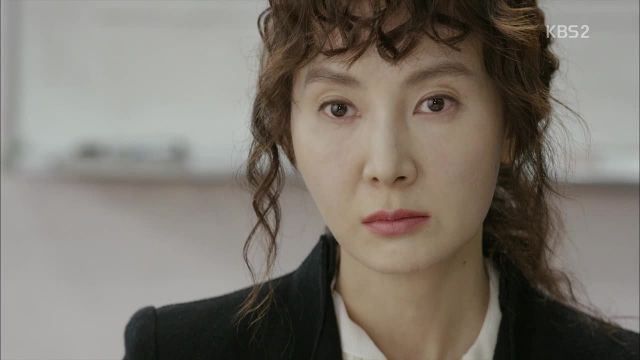 The pacing of the different storylines is "Unkind Women"'s strong suit. This is a large cast and the slow introduction during the first few episodes allows for all of them to develop individually. Where it weakens is how interconnected all of the characters are. It's easier to build an insulated world, but that becomes quite cliche.

At this point, we know the women of "Unkind Women" pretty well. The matriarch suffers from her husband's betrayal and tortures his love to make herself feel better. At first the grudging relationship between the two women was almost sweet - now it is running a bit ragged. I'm not a fan of watching one person emotionally torture another for fun. I'm also not a fan of bringing the presumed dead, cheating husband back to life. But as this seems to be a drama that is gearing for the redemption of its characters, I'm going to hang onto the hope that Cheol-hee will atone for the sins of damaging his family.

Hyeon-jeong is finally getting a bit more of the limelight. She has been overshadowed by her extremely fallible sister, Hyeon-sook, and hasn't had a chance to tell her story. The story still mimics her stilted character, but a definite romantic line was established. Romance might open her up and make her more interesting. What I dislike about her romantic interest is that he is connected directly to Hyeon-sook's storyline and one of Ma-ri's interests. I do like Hyeon-jeong's tale though. An aging, talented woman has trouble keeping up in an industry that favors the young and beautiful. She has to find another path to success and happiness.

The same is true for her mother, Hyeon-sook, who traipses down nearly the same path she took as a teenager; one where Hyeon-ae absolutely crushes her spirit to bolster herself. I hope her story allows her to grow from it, to learn from the crushing blow that determined the path of the rest of her life up until this point. This repeated humiliation by Hyeon-ae gives Hyeon-sook the chance to do something about it besides fall into despair and misbehavior.

Ma-ri's two interests are the liveliest part of the show aside from Hyeon-sook's and Jong-mi's flashbacks to their childhood. Kim Jae-rim is charming as Roo-oh and I hope to see more of him. He is a good counter to the heavier moments of the episode.

I'm ready to see these women start to learn and grow now. The introductions were staggered and the different characters were developed at different paces that allowed me to connect with all of them - now let me see them take on their issues in earnest.