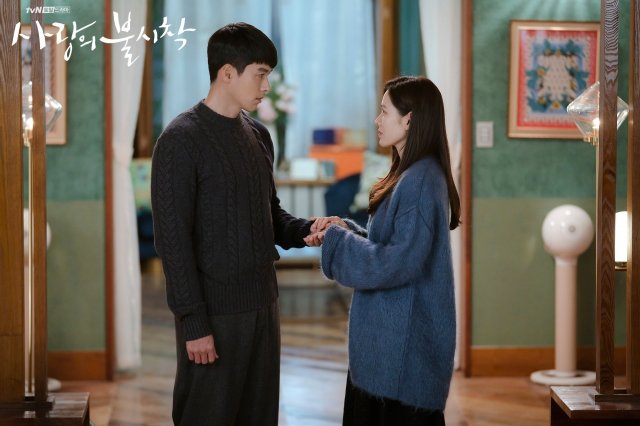 The news was released on February 20th, with the relevant analysis taking clips from Naver, Kakao, YouTube, and other relevant online platforms into account. The analysis was conducted until February 17th, the day after the last episode for "Crash Landing on You", and anticipated that around 110 million of the views identified were repeats.

For any drama to be popular with clips online is unusual. Compared to variety shows, dramas need more context to be understood. The only dramas to exceed one billion online views last year were "Hotel Del Luna" and "When the Camellia Blooms". The data may also reflect the increased popularity of online clips in general. "Goblin" from 2016 had 180 million views over its final three weeks, compared to 230 million for "Crash Landing on You".

Another relevant factor is that "Crash Landing on You" was on air for longer. Preemptions made it such that the sixteen episode drama was on tvN for ten weeks, rather than the eight implied by its sixteen episode running time. The best performing clip was the tikitaka scene featuring actors Yang Kyung-won and Son Ye-jin, which earned 5 million views. The clip where "Secretly and Greatly" star Kim Soo-hyun reprised his role in "Crash Landing on You" accounted for 1.27 million views.