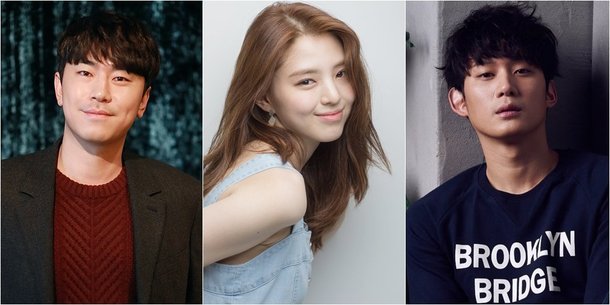 Lee Si-eon, Han So-hee, and Kwon Soo-hyun have been confirmed for "Abyss". The upcoming fantasy drama stars Park Bo-young as Se-yeon and Ahn Hyo-seop as Cha-min, a mismatched pair come back from the dead to track down a murderer.

Lee Si-eon will take on the role of Dong-cheol, a strong charismatic cop who is incapable of acting decisively in the face of the woman he loves. The irony of this contrast is likely intended as a form of comic relief.

Han So-hee will play Hee-jin, Cha-min's fiance who has gone missing. Much will be made of the way she was acting on their wedding day.

Kwon Soo-hyun will play the 'Diamond Spoon Detective' Ji-wook, who has had a long pedigree in the criminal justice system. His experience will be put to use assisting Se-yeon, also a police detective in the serial murder investigation.