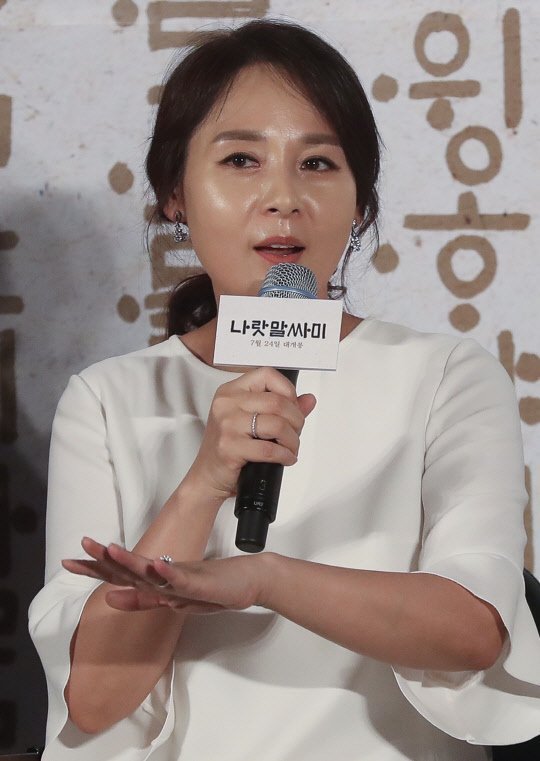 Reports from persons connected to "The Tale of Nokdu" have confirmed that as of July 4th, the drama has been suspended in response to Jeon Mi-sun's death. The drama is expected to begin shooting soon, but is currently behind schedule, as the production team is still grieving Jeon Mi-sun.

Another practical reason given for the delay is the need to replace Jeon Mi-sun in casting. Details about the character she was set to play are scarce, although she did have a name - Haeng-soo. Jeon Mi-sun was a distinctive actress and not easily replacable, especially if the part in question was specifically designed under the assumption of Jeon Mi-sun's participation.

The production team as well as potential replacements would also probably prefer to avoid the ghoulish spectacle of replacing Jeon Mi-sun too quickly. Though she died on June 29th from as-yet undetermined causes, her loss is still freshly felt, particularly as Jeon Mi-sun will still be appearing in the upcoming major motion picture "The King's Letters".

"[HanCinema's News] "The Tale of Nokdu" Suspends Production in Wake of Jeon Mi-sun's Death"
by HanCinema is licensed under a Creative Commons Attribution-Share Alike 3.0 Unported License.