The show will feature behind-the-scenes looks at the daily lives of EXO members, the band's performances across the world, and more. The show's first teaser trailer (http://youtu.be/aQ3dSSNthj4) released on April 10 received sizzling reviews from fans garnering 198,000 hits in just two days. 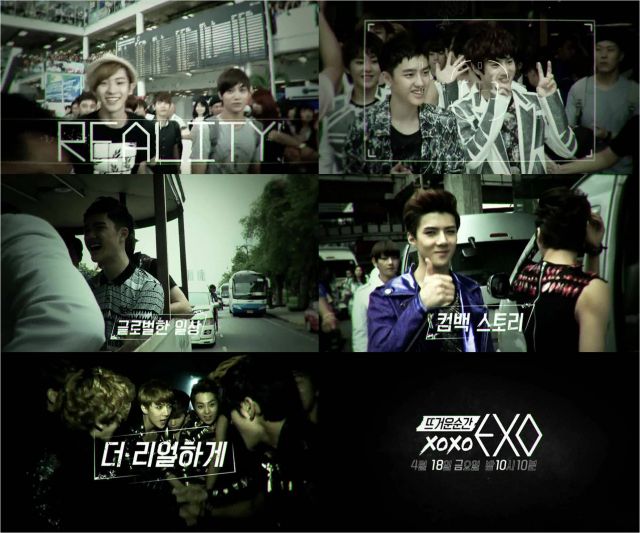 "Hit K-Pop Idol Group EXO's First Reality Show "xoxo, EXO" to Exclusively Air on Mnet"
by HanCinema is licensed under a Creative Commons Attribution-Share Alike 3.0 Unported License.
Based on a work from this source