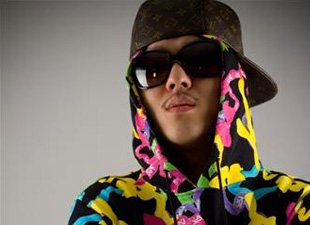 One of the hot songwriters and producers in Korea, Brave Brothers, will be jumping on board to lead a K-Food campaign album.

The K-Food campaign features idol group KARA and actress Jang Seo-hee as the ambassadors. They have already took part in the filming of endorsement ads and other promotional activities to do their part to raise awareness on Korean cuisine.

There will be an album for the campaign released, featuring six songs produced by Brave Brothers. All the songs will revolve around K-Food, in an effort to spread Korean food all over the world. The rights and license to the album have already been officially signed off to the K-Food campaign. Artists that will be participating include ZE:A, Jay Park, TEEN TOP, Brave Girls, and Electroboyz.

The album will be released mid-November, with the music video for ZE:A's "Remember" set to be released through www.koreanfood.net and YouTube.

"Hitmaker Brave Brothers To Help Produce K-Food Album"
by HanCinema is licensed under a Creative Commons Attribution-Share Alike 3.0 Unported License.
Based on a work from this source