Im Chang-jung To Star In First Drama In 21 Years 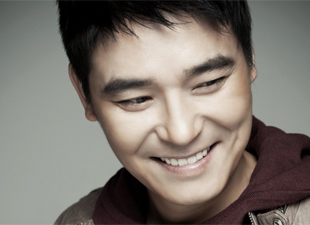 Actor Im Chang-jung will be making his drama come-back after 21 long years.

According to broadcasting sources on November 8th, Im will be starring in "Stroke of Luck" which is slated for broadcast next year. Im will play the main character Ji Oon-soo, who's your average office worker who dreams of change. Ji Oon-soo then experiences a stroke of extremely good luck and wins the lottery, going through the many following ups and downs.

After the 1991 drama "Eyes Of Dawn", with the exception of a few small minor roles, Im has yet to play a main role in another drama all these years.

The upcoming drama will be headed by Baek Jin-dong who garnered positive reviews through the dramas "IRIS" and "ATHENA". The writer will be Lee Kyoung-mi and updates on which main broadcaster will be airing the project will be released soon.

"Im Chang-jung To Star In First Drama In 21 Years"
by HanCinema is licensed under a Creative Commons Attribution-Share Alike 3.0 Unported License.
Based on a work from this source