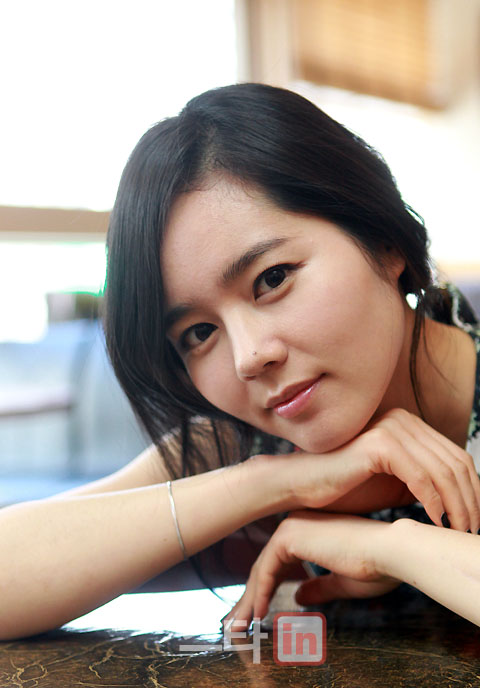 The 'it' girl is Han Ga-in (30, Kim Hyun-joo) these days. It took her 10 years to become 'the lovable actress' from 'the pretty commercial star'.

She took in all the criticism she will hear in a lifetime, all at once on "The Sun and the Moon". People ask "Is that X her?" in the movie "Architecture 101".

Out of the box and into the public's arms, Han Ga-in talked about the past 6 months she lived as an actress. "I knew it was going to be hard but I got the courage and it was beyond harder than imagined but I survived with tenacity".

Seeing the box office top 1 result, she pats herself on the head and says, "It was right of me to get my courage together".

Outside the screens, she is surprisingly cheerful. With a slightly raspy voice, she talks about everything with the truth. Things that everyone knows, but doesn't know about Han Ga-in. 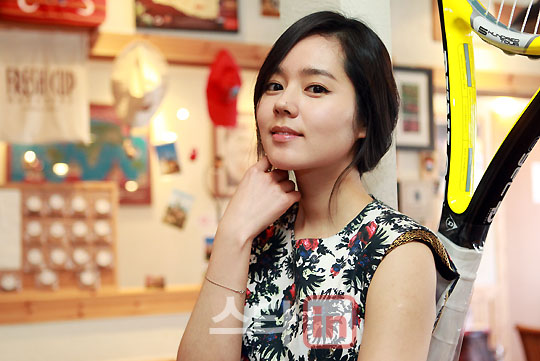 ◇ "The Aunt and The Nephew"...I expected a million anti-fans

"They used to call me aunt. I expected about a million anti-fans but I think I got criticized as much as the viewing percentage went up".

Pin pointing out the fact like that, Han Ga-in went through a rough time at the start of the drama about her acting skills. She was called the interference in the drama with Kim Soo-hyeon-Iand had to hear people call her, "The Aunt and The Nephew".

Her first historical. Her partnering actor was a 6-years younger and she played the role of a crowned princess who was 10 years younger than him. She said, "I knew I had it coming".

"I had already read the original novel. I thought "The Sun and the Moon" as a drama? Sounded like fun. I got a role in it because I seemed very enthusiastic about it. I did think a lot about it. I knew I was getting myself into some trouble but I didn't want a good project pass by me so I grabbed the courage to say yes".

She us exceptionally understanding about her acting issue. She thinks it's a definite result since she has less experience than the young Kim Yoo-jung who played the roel of younger Yeon-woo.

"I was frustrated myself when I was acting. It's all about embracing everything like the moon. I was pressured because it was such an important role. I am closer to Seo-yeon in "Architecture 101" than Yeon-woo. So it was easier to act out as well".

Han Ga-in introduced herself as an adventurous person. When she was told that she looks like she's about to cry with a pinch, she said, "Everyone's being fooled".

It's been 10 years since her debut but she's only been in 10 items. When we asked why she was passive as an actress she said, "It's not that I didn't, I couldn't be".

Han Ga-in was witch hunted for being an actress who blames other people when the 2007 drama "A Witch in Love" failed miserably and reports went out that she said it was the writer and crew's fault. Other complications in addition to this led to 3 years of absence for her.

About what happened then Han Ga-in explained, "One of the phrases I hate but like about the entertainment business is, "Because we are like family". When it turns out you're not family, the disappointment and pain is indescribable. But I didn't want to cause a scene either. They needed time until they could abandon their thoughts about me while I went through 2 agencies". 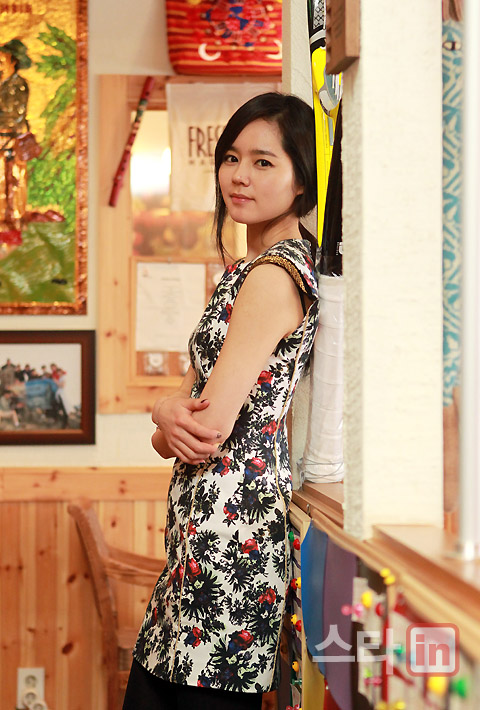 Her face lit up when it came to the talk of marriage. At the young age of 24 in the year 2005, she married actor Yeon Jung-hoon whom she met in her debut drama "Yellow Handkerchief". They had a 'first love'-like relationship and their 8 years of marriage is still a topic of interest today.

Husband Yeon Jung-hoon said, "She was able to complete a drama and a movie thanks to building strength with ballet, climbing and modern dancing. Before she worked out, she used to lay in bed even with little bit of overwork and everyday I would ask her, are you alright? Are you sick?" They claim they call each other 'Bunny' and 'Papi' when they are alone.

"I get tired of things very easily but for three things; Cherry tomatoes and seaweed which I don't miss a day of and my husband. He's like a close friend I've known for a long time. I think my marriage is a success".

About having kids, she said she's found a new kind of fun through the drama "The Sun and the Moon" and "Architecture 101".

"I am enjoying work at the moment and I want to build more experience but who knows what will happen? I want to spend more time in that. But I will have one if it happens. Doesn't matter, son or daughter".

"[Interview] Han Ga-in, "It's not that I didn't, I couldn't""
by HanCinema is licensed under a Creative Commons Attribution-Share Alike 3.0 Unported License.
Based on a work from this source