Is "My Girlfriend Is An Agent - Drama" to become a black comedy? 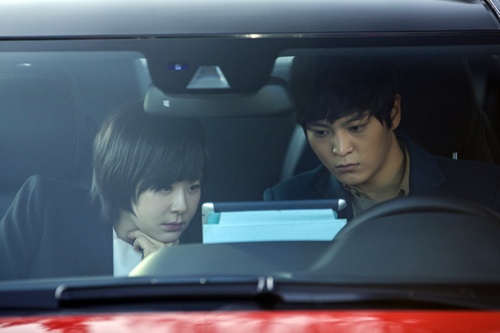 "7th Grade Civil Servant" deals with the conflicts and episodes of the agents in an organization. It is based on the movie version of it and written by the very same writer Cheon Seong-il who wrote the movie too.

If the movie revolved around one episode which weighted the movie, "7th Grade Civil Servant" as a drama is going to be about all the big and small episodes that revolve around Gil-ro (Joo Won) and Seo-won (Choi Kang-hee).

As the main of the drama is a national organization, the reality of the National Intelligence Service is going to be sarcastically portrayed. The power, corruption, right or wrongs of investigations and others will be magnified through this drama.

A source from the movie claims various irregularities will be dealt with in the drama. It is action romance but it is going to turn into a black comedy which shows the real life.

"Is "My Girlfriend Is An Agent - Drama" to become a black comedy?"
by HanCinema is licensed under a Creative Commons Attribution-Share Alike 3.0 Unported License.
Based on a work from this source