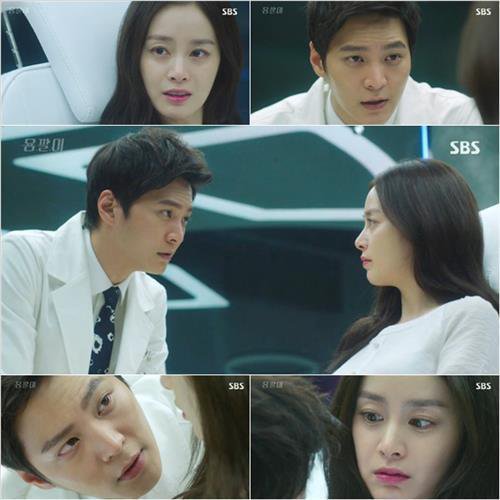 According to Nielsen Korea on the 21st, the sixth episode of "Yong Pal" recorded 20.4% which is 2% more than the fifth episode.

The metropolitan percentage went all the way up to 22.2%.

"Yong Pal" is the story of bad doctors who make immoral deals with human life in the middle of the fight for power amongst wealthy people.

The corrupt doctors fake a coma on a patients and try to cover it up as death in the middle of surgery.

Joo Won plays Kim Tae-hyeon who practically uses magic on his patients and Kim Tae-hee plays Han Yeo-jin, an heiress who is stuck at the hospital.

This is the first time a miniseries broke through 20% nationwide since "My Love from the Star".

"Joo Won and Kim Tae-hee's "Yong Pal" breaks through 20%"
by HanCinema is licensed under a Creative Commons Attribution-Share Alike 3.0 Unported License.
Based on a work from this source