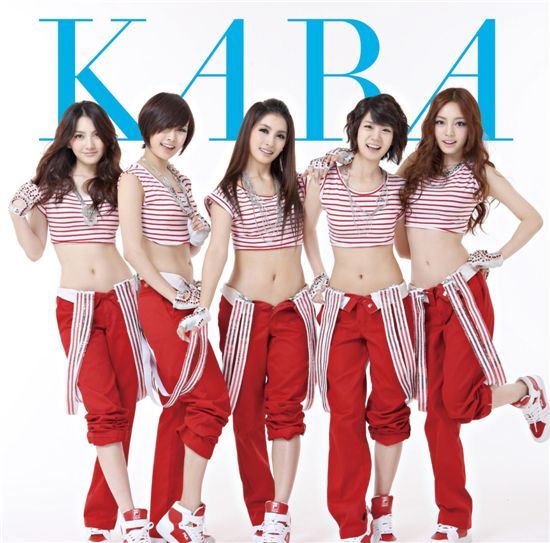 Korean girl group Kara's best album has taken the No. 2 spot on the prestigious Oricon daily albums chart with their latest release.

According to the Oricon chart, the girls' record "Kara BEST 2007-2010", which went on sale in the country on September 29, came in second place with 18,223 copies sold, following behind Japanese songstress JUJU's album "Request", which went on sale the same day, with 19,974 copies.

Kara, who signed with Universal Music Group's sub-label Universal Music Sigma for their music activities in Japan, have made a successful debut into the country which came in May.

Their debut single album "Mister", which was released on August 11 in the country, earned them the title as the first Asian female group to place in the top 10 on the weekly singles chart, while their DVD titled "Kara VACATION" placed at No. 11, the highest rank for an Asian DVD to reach on the chart.

Known as one of the most popular girl groups in Korea, Kara splashed onto the local music scene in 2007 with their first album "Blooming" and have produced hits songs "Pretty Girl", "Wanna" and Lupin".

They will be releasing their second Japanese single in early November.

"Kara's best album takes No. 2 spot on Oricon daily chart "
by HanCinema is licensed under a Creative Commons Attribution-Share Alike 3.0 Unported License.
Based on a work from this source