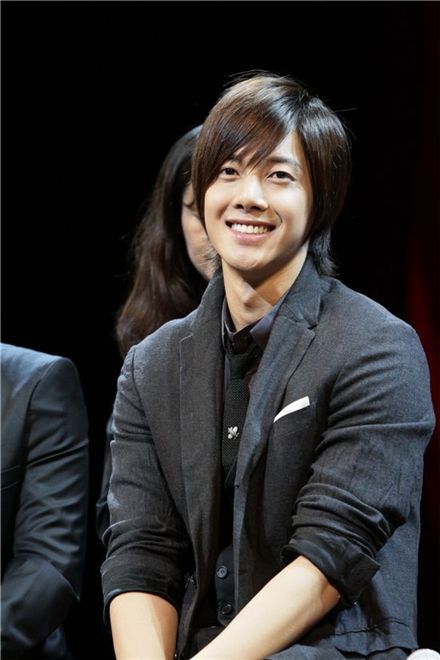 Korean singer and actor Kim Hyun-joong at the "Boys over Flowers" reunion in Tokyo, Japan held at the Tokyo International Forum on August 21. [KEYEAST]

Korean singer and actor Kim Hyun-joong successfully wrapped up the "Boys over Flowers" reunion over the weekend, according to his agency KEYEAST on Monday.

KEYEAST announced that Kim recently returned to Korea after meeting with over 10,000 fans for the "Boys over Flowers" reunion in Osaka and Tokyo on August 18 and 21, respectively, with fellow cast mates Ku Hye-sun, Kim Bum and Kim Jun.

At the event held at the Tokyo International Forum, Kim Hyun-joong told fans of incidents from behind-the-scenes of "Boys over Flowers" as well as his upcoming drama MBC's "Naughty Kiss".

He also held a special individual performance where he sang and danced for the audience.

An industry official in Japan said, "Kim is the current generation's Hallyu star and since he will be starring as the male lead in 'Kiss', which is originally based on a Japanese comic, I am interested in his future projects as an actor and singer in Korea and Japan as well as other Asian countries".

Kim, 23, made his debut as a member of the boy band SS501. In late-June, he signed an exclusive contract with KEYEAST, whose major shareholder is Hallyu star Bae Yong-joon.

Kim rose to fame as one of the members of F4 on the hit TV series "Boys over Flowers" and is currently shooting the Korean adaptation of the comic "Itazura na Kiss", opposite actress Jung So-min. The show will go on air starting September 1. 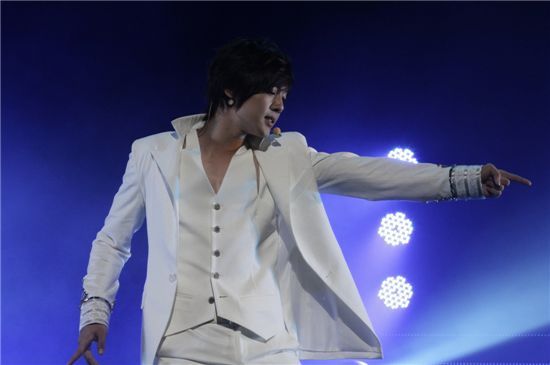 Korean singer and actor Kim Hyun-joong performs at the "Boys over Flowers" reunion in Tokyo, Japan held at the Tokyo International Forum on August 21. [KEYEAST]

"Kim Hyun-joong wraps up "Boys Over Flowers" reunion"
by HanCinema is licensed under a Creative Commons Attribution-Share Alike 3.0 Unported License.
Based on a work from this source