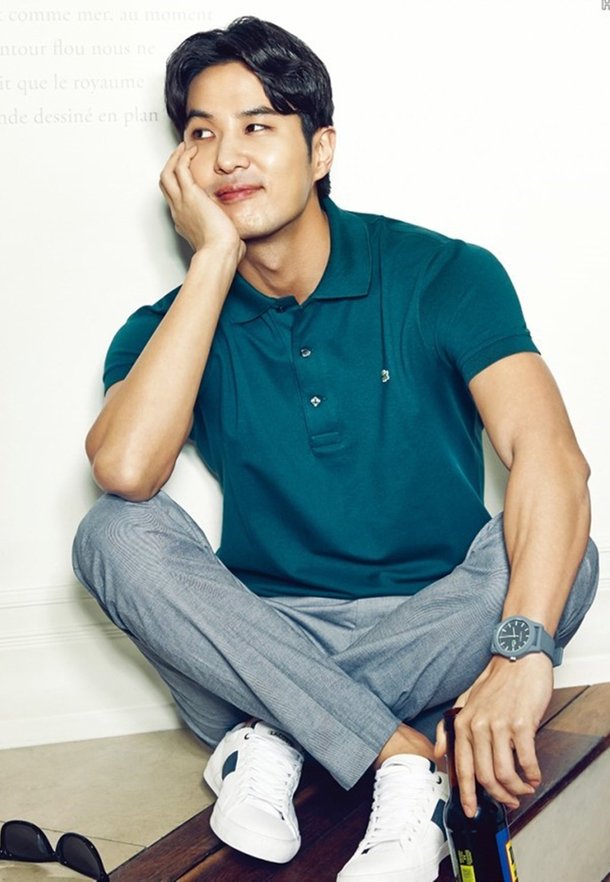 Kim Ji-suk is starring in the new KBS 2TV drama "When the Camellia Blooms".

"When the Camellia Blooms" is a romcom-mystery drama that revolves around Dong-baek (Gong Hyo-jin) and her daily interactions with The Good Man, The Bad Man and The Petty Man as she manages her bar called Camellia.

Kim Ji-suk plays Kang Jong-ryeol, a star baseball player who almost went to the Major League and Dong-baek's first love. He is currently taking care of his daughter while his wife is an SNS star. On the outside, he has the family of everyone's dreams, but once the cameras are off, he and his wife become strangers who have nothing to say to each other.

When he met Dong-baek at the age of twenty-three, he was inexperienced in love, but he's a completely different man at the age of thirty-three. He looks like he's got it all under control on the outside, but deep down he's very timid and introverted.

"When the Camellia Blooms" is a hot topic due to the collaboration of Gong Hyo-jin and Kang Ha-neul and it's coming out in September.

"Kim Ji-suk Joins "When the Camellia Blooms" with Gong Hyo-jin and Kang Ha-neul"
by HanCinema is licensed under a Creative Commons Attribution-Share Alike 3.0 Unported License.
Based on a work from this source