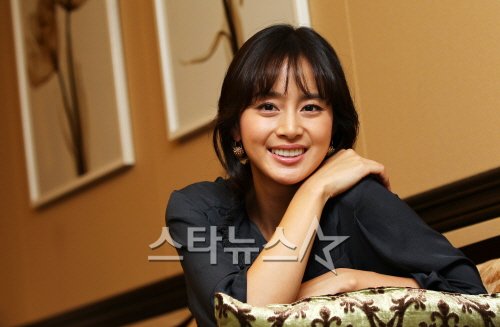 Actress Kim Tae-hee has been cast for the lead role in a Japanese drama.

According to Japanese Sankei Sports, Kim Tae-hee has been cast for the Fuji TV drama "99 Days with the Star" coming in October with Japanese actor Nishijima Hidetoshi.

Kim Tae-hee takes on the role of Han Yoo-na a Korean actress in the drama and Nishijima, a small talking man who falls in love with Han Yoo-na.

Kim Tae-hee said, "This is my first attempt at Japanese lines and it's going to be difficult but I hope it forms a good drama which Koreans and Japanese can relate to".

The production said, "We hope two fresh and original actors can create a boom".

"Kim Tae-hee cast for lead role in Japanese Fuji TV drama "99 Days the Star""
by HanCinema is licensed under a Creative Commons Attribution-Share Alike 3.0 Unported License.
Based on a work from this source