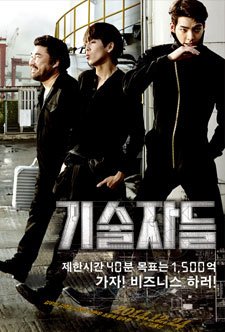 A Korean crime movie will hit cinemas overseas after attracting 1 million moviegoers in just four days since its release on Christmas Eve here.

"The Con Artists" stars heartthrobs Kim Woo-bin and Lee Hyun-woo and is getting quite a response among young movie fans.

The flick revolves around a group of con artists who steal W150 billion from a customs office in 40 minutes.

The film will open in North America on Jan. 9 and in Taiwan on Jan. 23 before hitting cinemas in China, Hong Kong, Singapore and the Philippines.