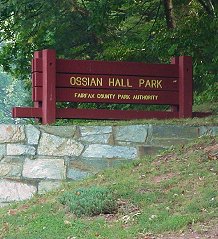 The annual Korean Cultural Heritage Night hosted by the Korean American Association of Northern Virginia (KAANV) will take place on Sunday, August 14 at Ossian Hall Park in Annandale, Va., welcoming Washington DC area residents for an evening of traditional and folk performances, demonstrations, and a movie screening. The event begins at 7 p.m.

The event also commemorates the 61st anniversary of Korean Liberation Day, which falls on August 15 and marks the day Korea became independent from Japanese colonial rule at the end of World War II.

"Korean Liberation Day till now was a holiday celebrated by the Korean population alone", said KAANV vice president Michael Kwon. "We have tried to get a wider range of people involved and to celebrate it together with families and friends, regardless of their nationality".

The event will consist of five main parts: a Korean Liberation Day Commemoration, traditional Korean musical performances, taekwondo demonstration by the Dong-A University Taekwondo Demonstration Team, the traditional Korean game Jegichagi, and a screening of the 2009 Korean movie Take Off, about a Korean ski jump team at the 2002 2002 Salt-Lake-City Winter Olympic. The movie is set in Pyeongchang, South Korea, recently announced as the host city of the 2018 winter Olympics.

Booths will display information about Dokdo, Korea's easternmost island territory, as well as the southern Korean volcanic island of Jeju, which is a finalist in the New7Wonders of Nature competition, and traditional Korean calligraphy.

During the event, KAANV together with Korean American Digital Photographers Association will host a photography contest exhibit, the winner of which will receive free round trip airfare to Korea. Only the pictures taken during the event can be submitted, and each person can submit up to five pictures to the offices of KAANV (7535 Little River Turnpike Suite 200A, or call 571-205-5905).

"Korean Cultural Night to Mark Aug. 15 Korean Liberation Day"
by HanCinema is licensed under a Creative Commons Attribution-Share Alike 3.0 Unported License.
Based on a work from this source