Lee Ji-hye-I Says Luck Made Her a Musical Actress 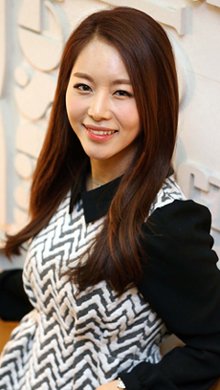 Musical actress Lee Ji-hye-I thinks it was a pure luck that she got the role of heroin in "Jekyll and Hyde" in 2012. Her only experience at that time was serving as a member of a children's choir and studying music at university.

After watching "The Phantom of Opera", the 24-year-old was inspired to audition for "Jekyll and Hyde". Despite being a novice, she was picked for the role of Emma from among 300 applicants after three rounds of auditions.

Since her debut, she has landed a series of leading roles in other musical works.

She will play the role of Emma again this weekend when the musical opens, marking its 10th anniversary here. Lee is among only a few actresses in their 20s who can play leading roles in large-scale musicals.

Her understanding of the character has deepened. "I think I was only mimicking Emma in my debut, but now I know Emma looks gentle outside but is strong inside", Lee said. "She knows she should get tough to protect Jekyll".

"Lee Ji-hye-I Says Luck Made Her a Musical Actress"
by HanCinema is licensed under a Creative Commons Attribution-Share Alike 3.0 Unported License.
Based on a work from this source