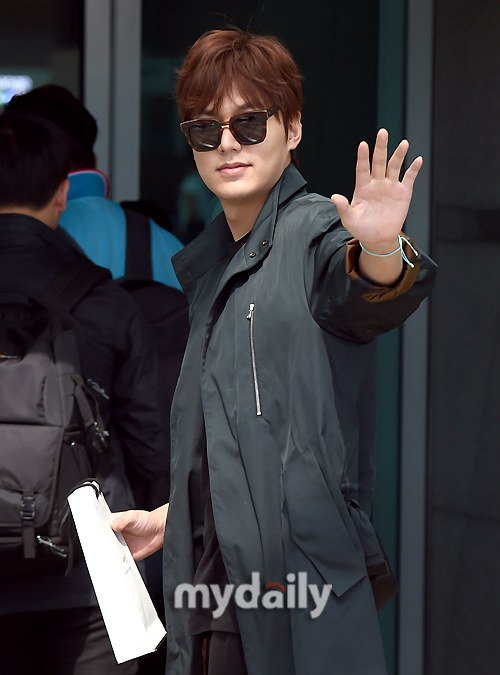 Lee Min-ho was in China for an opening event of a cosmetic brand and initially was supposed to go to Thailand for the movie "Bounty Hunters" but decided to return to Korea.

Lee Min-ho's name is in the list of candidates for the Rookie Actor at the Blue Dragon for his movie "Gangnam Blues".

Meanwhile, while Lee Min-ho was on the move to get to a Chinese region advertisement, he was spotted by fans for the slightest moment as reported a Chinese media.

"Bounty Hunters" is due in 2016 in Korea and China and Lee Min-ho has to travel abroad after the Blue Dragon to finish making the movie.

"Lee Min-ho returns from China for Blue Dragon"
by HanCinema is licensed under a Creative Commons Attribution-Share Alike 3.0 Unported License.
Based on a work from this source