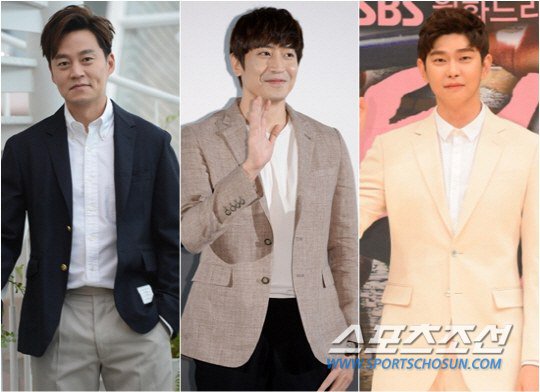 The third season of "Three Meals A Day" is finally out.

The three main stars of this season are Lee Seo-jin, Eric Mun and Yoon Kyun-sang.

They started filming in the island of Nokdo in Goheung on the 23rd.

Previews showed them on a boat to the island. Producer Na Yeong-seok was seen showing Lee Seo-jin a picture of a boat and Lee Seo-jin driving one.

Eric Mun and Yoon Kyun-sang's appearance in a TV show is a surprise as it's hard to see them around in public television.

The first episode of "Three Meals A Day" will be released on the 14th of October.

"Lee Seo-jin, Eric Mun and Yoon Kyun-sang in "Three Meals A Day""
by HanCinema is licensed under a Creative Commons Attribution-Share Alike 3.0 Unported License.
Based on a work from this source