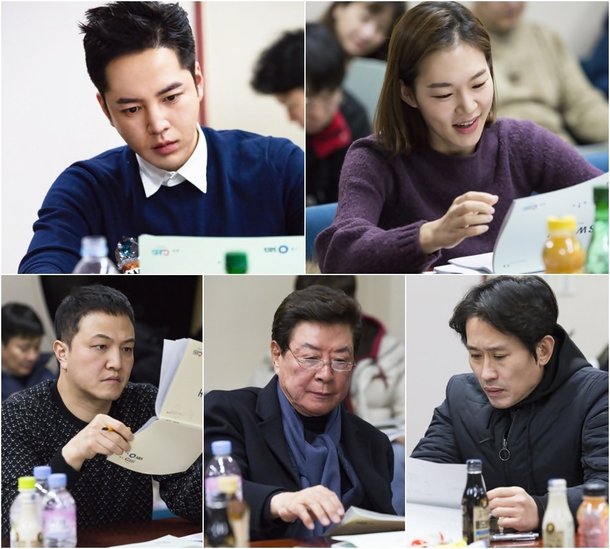 The session lasted about four hours as the cast members and production team had a blast in their first meeting, getting to know each other and practicing their lines. According to a staff, this was the most intense script-reading session he has witnessed as every one of them are passionate actors and actresses, ready to make "Switch - Change The World" the greatest show ever. 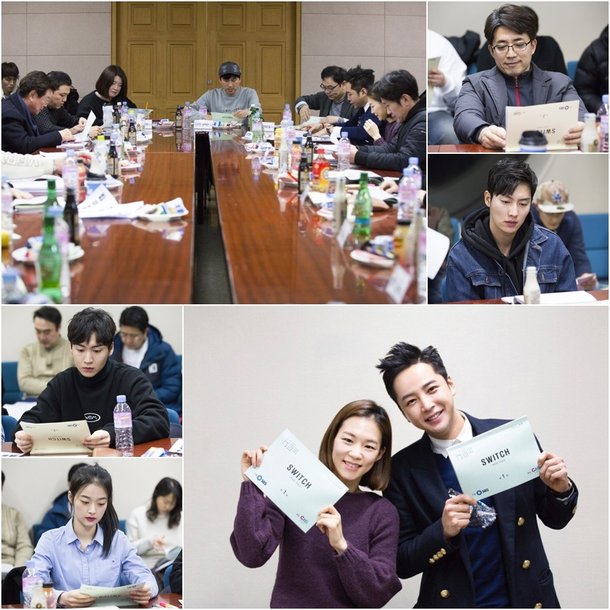 The main actor Jang Keun-suk have previously shared his concerns over portraying the double roles, but at the script-reading session, he managed to play both sneaky con-artist Sa Do-chan and old-fashioned prosecutor Baek Joon-soo perfectly, impressing everyone gathered at the scene. His two characters have two completely opposite characteristics and tone, but he was able to constantly jump from one role to the other without any hesitation.

Actress Han Ye-ri is playing the Prosecutor Oh Ha-ra, who've achieved her goal just by her brain and skills even though she had the triple hurdle of being a woman, born of a poor family, and having graduated from a lower-rated school. Han Ye-ri portrayed her character Oh Ha-ra in an energetic manner, understanding her ambitious, lively character completely.

Of course, the other veteran actors such as Jung Woong-in, Lee Jung-gil, and Jo Hee-bong were flawless in their reading and acting out the scene. Even though everyone was seated for the reading, just by their facial expressions, little gestures and stable tone of the voice made the script-reading session so much more realistic.

The producing team of "Switch - Change The World" shared with the news of how impressed they were to watch these veteran actors create the show with their splendid acting.

"Switch - Change The World" will be aired in the ending of March, taking over the timeslot of "Return" after "Return" airs its final episode.

"[Lily's Take] "Switch - Change the World" Script-reading Session Full of Passion"
by HanCinema is licensed under a Creative Commons Attribution-Share Alike 3.0 Unported License.
Based on a work from this source