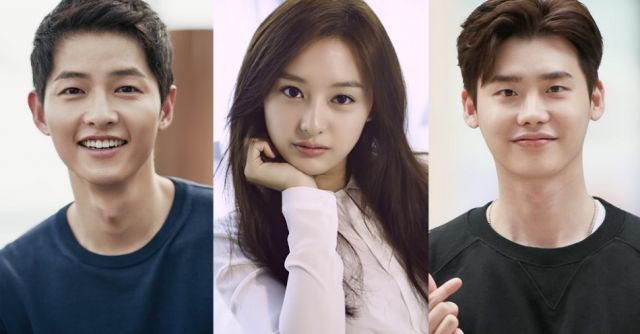 So this is what it looks like when a woman holds such casting power. Actress Kim Ji-won is currently being courted for two high profile dramas at the same time, as well as two reunions with actors Song Joong-ki and Lee Jong-suk. Whichever choice she takes, there's going to be major hype in her and our future.

After having previously reported as considering upcoming Netflix drama "See You Again", which would reunite her with "High Kick 3, The Short Legs Counterattack" co-star Lee Jong-suk, Kim Ji-won has also received an offer to star in "Arthdal Chronicles" alongside Song Joong-ki, her "Descendants of the Sun" co-star. Needless to say, the industry is rubbing its hands in glee in light of all possible scenarios.

According to her agency's officials, the filming for these two dramas would not overlap, which means that Kim Ji-won could very well accept both. I can definitely see this happening, since both dramas are pre-produced and with different schedules. That being said, it all depends on the wishes of the actress herself, as well as the wishes of each production. I don't think promotion would overlap, but you never know what obstacles can present themselves.

Dramaland and fans love reunions, and two such popular ones with two equally huge stars are essentially everyone's dream, so for now we hang tight and wish that Kim Ji-won will toss a yes both ways.