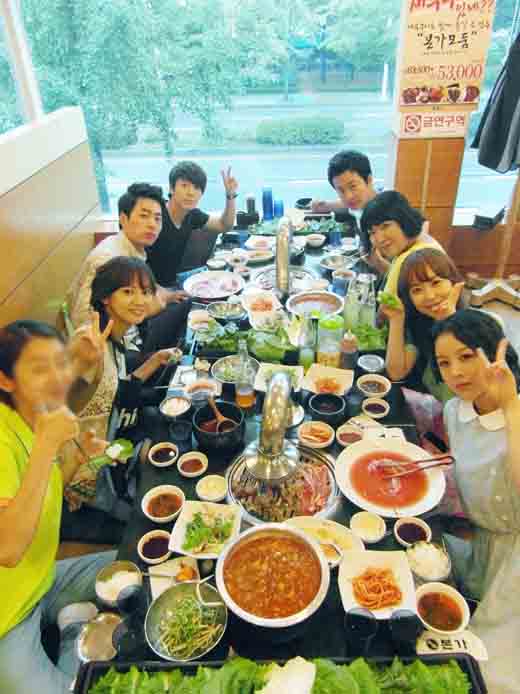 Actress Yoon Seung-ah treated the members of the Channel A "Panda and Hedgehog" to dinner.

Yoon took on the role of 'Panda' a cake shop owner who never profited from her business but always remained positive and bright in the drama "Panda and Hedgehog" that was aired for the first time on the 18th. She treated the staff and crew of the drama to dinner in celebration of the drama's first broadcast.

The celebration took place in Ilsan on the 20th with 80 or so people with meat and other foods.

Donghae and Yoo So-young were also present at this dinner as they are her co-actor and actress in the drama.

A spokesperson said, "We all had a fun time thanks to Yoon Seung-ah's gathering and we are happy thinking this will uplift the drama".

Meanwhile, "Panda and Hedgehog" is aired every Saturday and Sunday at 7:30PM.

""Panda and Hedgehog" Yoon Seung-ah's treat!"
by HanCinema is licensed under a Creative Commons Attribution-Share Alike 3.0 Unported License.
Based on a work from this source