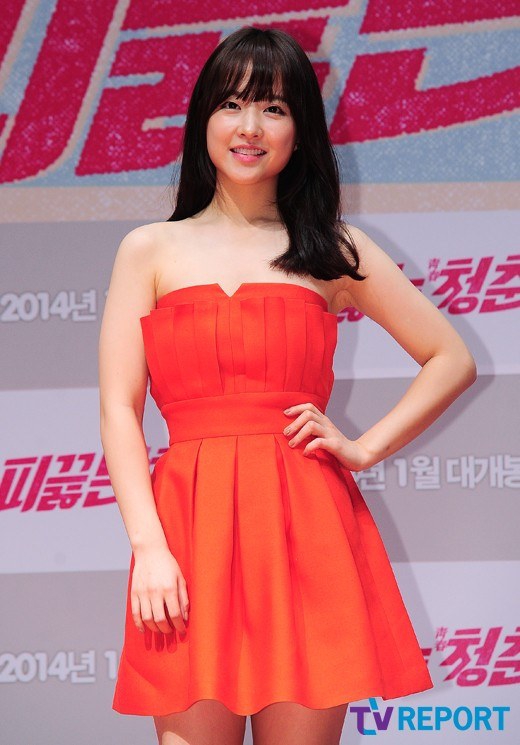 Park Bo-young confessed she was stressed out because of acting.

The press conference for the comedy movie "Hot Young Bloods" was held in Lotte Cinema in Seoul Gundae on the 30th.

In the role of loyal woman Yeong-sook, Park Bo-young said, "I am from Chung-buk but it was hard to use the dialect. I practiced swearing when I was alone but it wasn't easy doing it in front of people. I relieved my stress by swearing".

Netizens say, "I am curious about the movie now that she mentions swearing", "No way, she gets stressed out?", "She's so cute" and more.

"Hot Young Bloods" is based in the 80s about a female fighter who takes over all of Hong Seong, Chung-nam, a legendary Casanova, the leader of a gang and a transfer student from Seoul. Starring Park Bo-young, Lee Jong-suk, Lee Se-young, Kim Young-kwang, Kwon Hae-hyo, Kim Hee-won and Ra Mi-ran, the move is directed by Lee Yeon-woo and the movie is released in January.

"Park Bo-young confesses her stress"
by HanCinema is licensed under a Creative Commons Attribution-Share Alike 3.0 Unported License.
Based on a work from this source