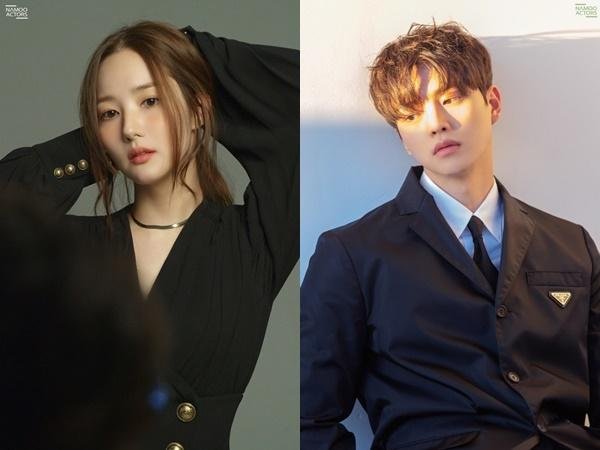 A media reported earlier that Park Min-young is taking on the role of general forecast weatherwoman Jin Ha-kyeong while Song Kang is playing the part of weather specialist Lee Si-woo. "KMA People: Office Romance Cruelty" is known as a cheerful office mellow drama.

If they confirm roles, Park Min-young will be coming back for the first time in a year since last year's JTBC drama "I'll Visit You When the Weather Is Nice" and Song Kang will be on a roll with the tvN drama "Navillera" coming up soon as well.

Meanwhile, "KMA People: Office Romance Cruelty" is the latest by director Cha Yeong-hoon who directed "When the Camellia Blooms".