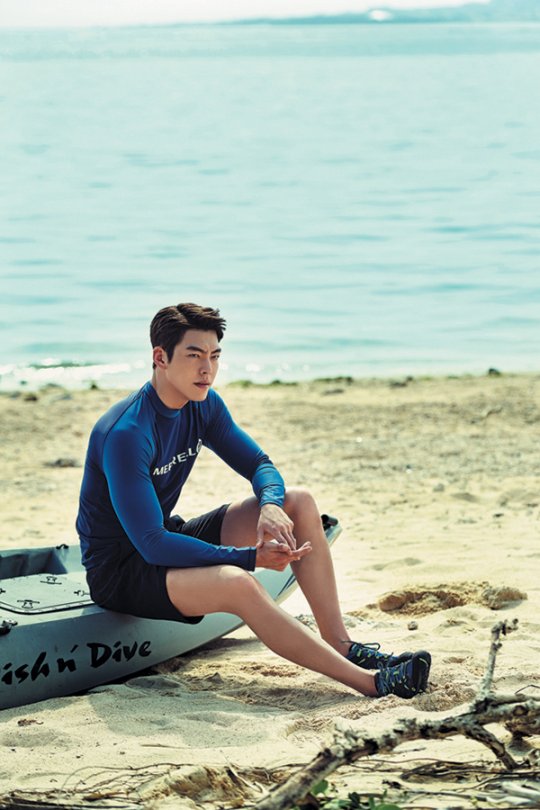 In the seas of Okinawa in Japan which is known as 'the Hawaii of Japan', Kim Woo-bin was spotted enjoying water sports such as surfing, kayaking and swimming. Like the famous star he is, Kim Woo-bin's broad shoulders and muscular body reflected through his rash guard.

Merrell claimed that Kim Woo-bin's style and athletic build was perfect for the collection of rash guards this season.

Meanwhile, the pictures of Kim Woo-bin can be seen on the Merrell homepage or the June issue of "The Traveler". 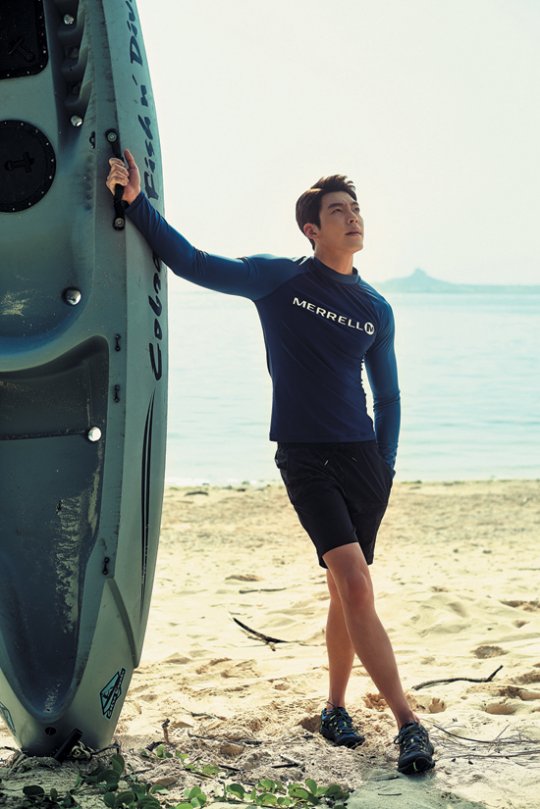 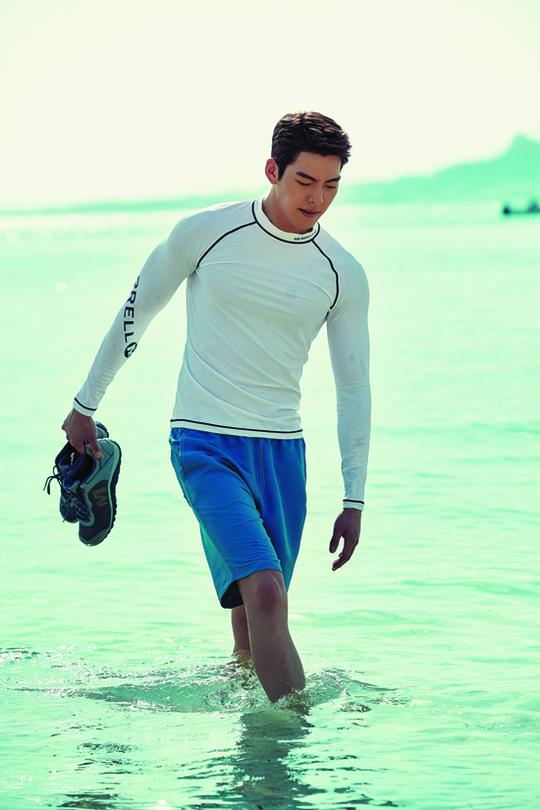 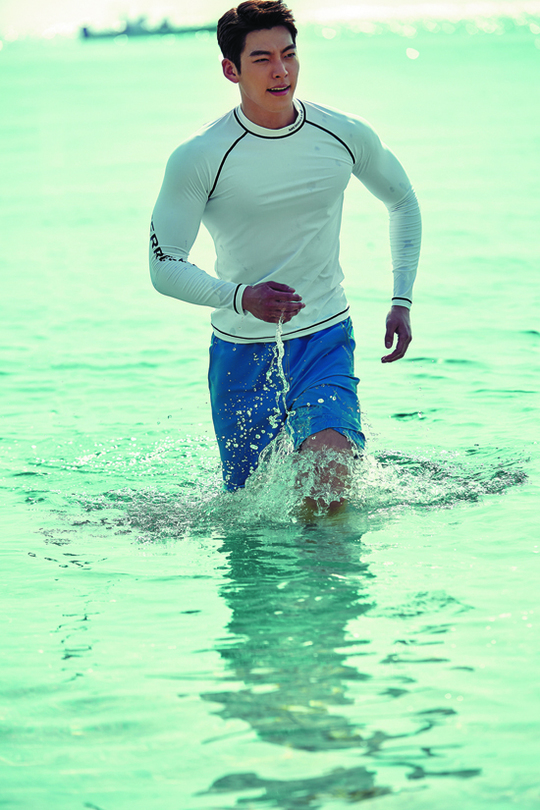 "[Photos] Kim Woo-bin's shoulders through his rash guard"
by HanCinema is licensed under a Creative Commons Attribution-Share Alike 3.0 Unported License.
Based on a work from this source