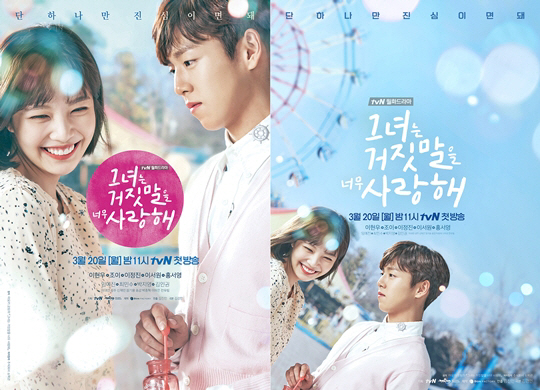 The main poster for the tvN drama "The Liar and His Lover" came out. Lee Hyun-woo and Joy look clear and cool in the poster and anticipation for the drama has gone up.

The drama starts on the 20th of March and it's about a genius song writer named Kang Han-gyeol (Lee Hyun-woo) and a teenager named Yoon So-rim (Joy) with a vitamin voice. The drama is directed by Kim Jin-min-I from "Bitter Sweet Life" and "Time Between Dog and Wolf - Drama". 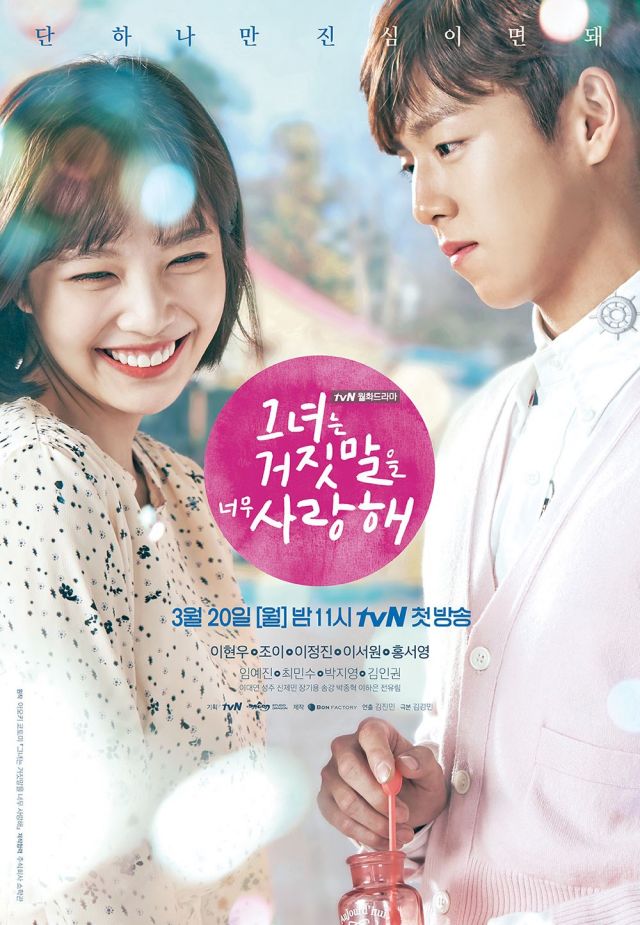 In the poster, Lee Hyun-woo looks adoringly at Joy. He's looking down at Joy who is smiling up at him.

Joy's smile also steals the show. She looks shy but happy at Lee Hyun-woo's eyes on her and her smile is so refreshing.

Their chemistry is so sweet and warm like the spring days. Their faces are about to touch but aren't touching and it just brings the thrill out of everyone. 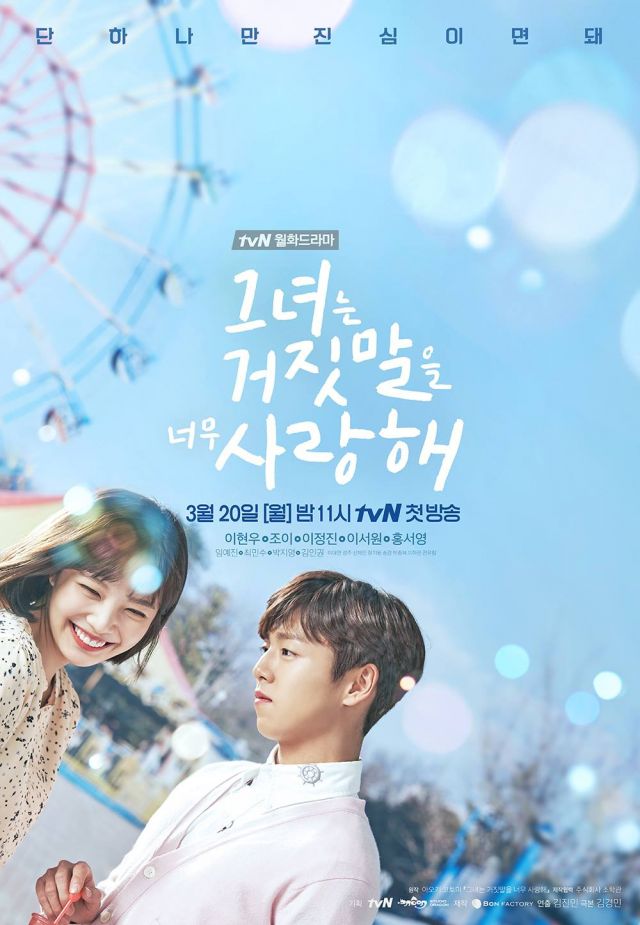 The writing on the poster says, "It only takes one truth". It implies their feelings for each other and their voices can literally be heard from the poster.

Meanwhile, "The Liar and His Lover" is directed by Bon Factory and 'star maker' Kim Jin-min-I. The first episode starts on the 20th of March.

"[Photos] "The Liar and His Lover" Lee Hyun-woo and Joy poster unveiled"
by HanCinema is licensed under a Creative Commons Attribution-Share Alike 3.0 Unported License.
Based on a work from this source