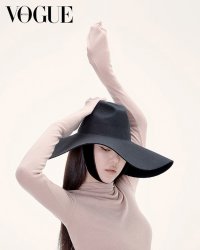 The actress Go Hyun-jung is being sued by a TV soap producer for some W560 million of compensation, it belatedly emerged Thursday. The Seoul Central District Court on Thursday said Victory Production wants Ko to pay back the advance payment she received for being cast in the lead role in "Daemul" ("Daemul - Big Thing") in April and a penalty for not playing the part.

Victory was to make "Daemul" ("Daemul - Big Thing") based on a cartoon of the same title for a W10 billion budget in March last year. Ko was cast in the lead and paid a W280 billion (US$1=W1,256) advance payment. However, due to internal scheduling issues of a broadcaster, the plan was postponed, and Ko currently appears in MBC Drama "Queen Seon-deok".

"If Ko had not appeared in 'Queen Seondeok', we could have inked a deal with another broadcaster company at the time", Victory said. But Ko's management team say the contract remains valid and Ko will join the 'Daemul' ("Daemul - Big Thing") team when they are ready to start shooting.