"Rain Effect" Rain, "What's fame got to do with acting?" 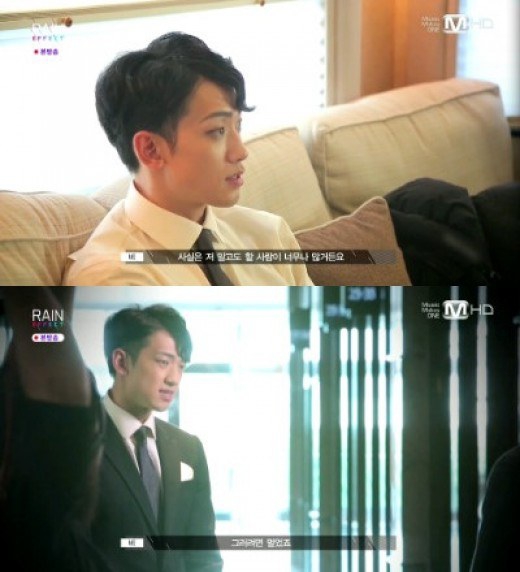 Mnet "Rain Effect" revealed Rain in the middle of shooting the Hollywood movie "The Prince". He spoke about his belief in acting.

Rain said, "There are so many people besides me who can act. There is a lot of talent out there. I'm thinking of better ways to practice acting without much rest and I'm telling myself not to become rattled when I'm being criticized".

"Why should popularity matter for someone wanting to act? I'm far from that".

""Rain Effect" Rain, "What's fame got to do with acting?""
by HanCinema is licensed under a Creative Commons Attribution-Share Alike 3.0 Unported License.
Based on a work from this source