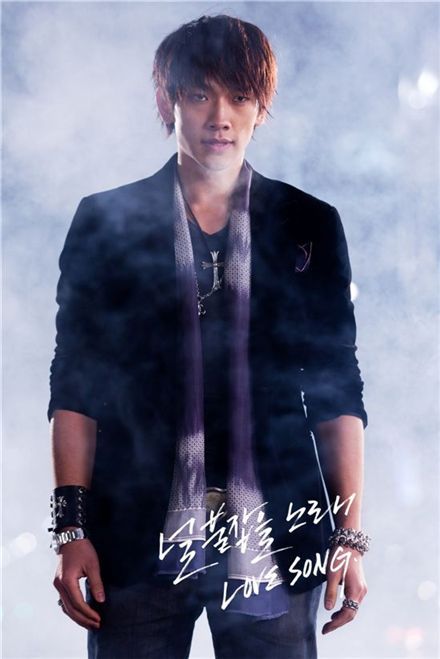 The title song to Korean entertainer Rain's new album due out next month will be a ballad named "Love Song", according to his agency J. Tune Entertainment on Friday.

J. Tune announced in a press release that the title track from his special album "BACK TO THE BASIC", due out April 1, will be a ballad tune that the singer wrote himself.

"For the first time since his debut, we have decided that the title song from Rain's special album will be a ballad", an official at J. Tune was quoted as saying. "Since this is a special album for fans, Rain himself wanted to take on a different approach".

A teaser clip for the music video to "Song" was unveiled today at noon on Rain's official website (www.rain-jihoon.com). The teaser for his special album, which was revealed Monday at midnight, attracted some 50,000 viewers instantaneously.

He made his Hollywood debut in 2008 thru the Wachowski Brothers' action flick "Speed Racer", which led to his star turn in the martial arts pic "Ninja Assassin" last year.

"BASIC" marks his comeback to the Korean pop music scene in two years after releasing his last studio album "Rainism" in 2008.

"Rain's new single a ballad titled "Love Song""
by HanCinema is licensed under a Creative Commons Attribution-Share Alike 3.0 Unported License.
Based on a work from this source