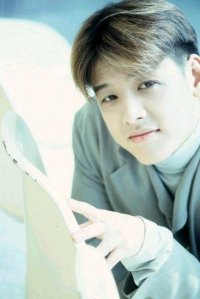 Ryu Si-won, as known as the Korean Aristocrat, will star in a Japanese drama series.

On the 31th, Sankei Sports reported that Ryu Si-won will appear for the first time on TBS's tv drama, "Joshi Deka! Female Detective", as a regular cast member.

He had appeared as a special guest for a week last January in NHK's morning drama, "Dondo Hare (Becoming Clearer)" and received good ratings. He also appeared in Nihon TV's "Koi no Kara Sawagi" in September of 2005.

Ryu Si-won will appear as the cameraman Park Ji Won who becomes involved in a love triangle with the female detectives played by Izumi Pinko and Nakama Yukie in "Joshi Deka!"

Ryu Si-won was seen practicing his lines with much effort, in order not to bother the other actors in his scenes that required fluent Japanese.

Producer Suzuki Sanae who directs everything about the drama said that a "Korean prince" was introduced to make a serious detective drama have a softer quality.

Through the drama, "Beautiful Days", he gained more recognition, and even became a singer in 2005 with his first single, "Sakura", reaching 2nd place in the Oricon charts that year. He even held his first concert at Tokyo Budokan with approximately 10,000 people in the audience in July of 2006.

Ryu Si-won said, "I am happy to be able to show everyone my work as a true actor, and although I am lacking, I will do my best to make a good drama".