SBS Is Neck and Neck, KBS Plays Solo and Bad Year for MBC

A lot of eyes and ears are focused on the Grand Prize this year. Who will take home the 2020 Grand Prize for SBS who has been neck on neck, KBS who played solo and MBC who's had a bad year?

The temperature difference between the three groundwave broadcasters for the Grand Prize, which is scheduled to be held in December, is quite large. SBS, which has had many great works, KBS which ran solo with weekend dramas and MBC which is in a drought this year following last year, are all struggling to decide on the award-winning work with their respective concerns. 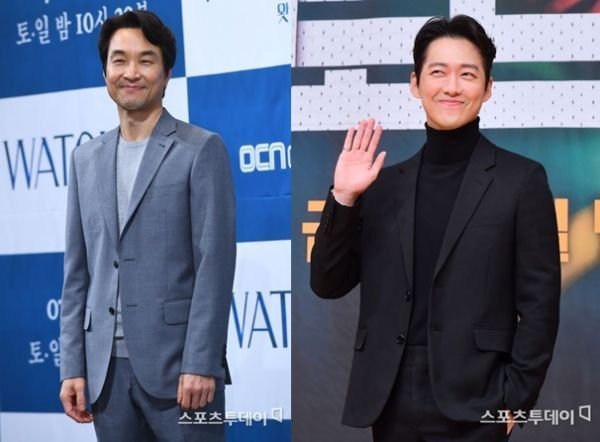 ◆ No one knows... Namgoong Min VS Han Suk-kyu VS "The Penthouse"

Among the three groundwave broadcasters, SBS is the happiest TV network in the world. The lineup of dramas, which has been filled from the first quarter to the fourth quarter, is drawing attention. Starting with "Stove League" at the beginning of the year, there are a number of works that have hit it off with ratings, topics, and enthusiasts, including "Dr. Romantic 2", "Hyena", "Nobody Knows", "Good Casting", "Do You Like Brahms", "Alice" and "The Penthouse".

Although numerous stars have been active, Han Suk-kyu and Namgoong Min are expected to be the most likely candidates for the grand prize. "Stove League" boasted a huge popularity with its highest viewer rating of nearly 20% while Dreams in "Stove League" was as popular as a real baseball team. Namgoong Min, who proved himself to be a 'creditable actor by leading "Stove League" which won the 56th Baeksang Arts Awards for TV drama works, is proudly considered the strongest candidate for the grand prize.

Following Namgoong Min and Han Suk-kyu, who have no objection to whoever wins the grand prize, the pursuit of the "The Penthouse" at the end of the year is also formidable. Writer Kim Soon-ok's new work "The Penthouse" which began its first broadcast in October, has changed expectations to confidence and has a viewer rating of more than 16%. As it aired until the ninth episode, the fact that interest in "The Penthouse" is currently in progress is also expected to serve as a variable. 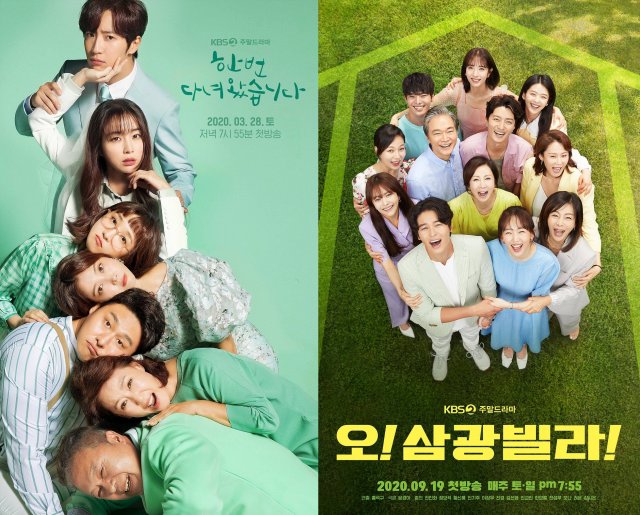 KBS, in a word, has been running solo every weekend. No other actor has been mentioned as a candidate for the grand prize except for those starring in "Once Again" and "Homemade Love Story". This is different from last year, when it was abundant with works like "When the Camellia Blooms" and "Liver or Die".

Starting with the humiliation of "Meow, the Secret Boy" being the first groundwave TV show to receive 0% viewer ratings, there were no outstanding works, including "Born Again", "Fix You", "To All The Guys Who Loved Me" "Zombie Detective" and "Do Do Sol Sol La La Sol".

In other words, the weekend dramas have saved face for KBS, which has been sluggish. Although KBS' weekend drama is based on a 30% viewer rating, "Once Again" was not just about high ratings. Along with the pleasant and warm family story unique to weekend dramas, the development of breaking away from the 'makjang' element, and the 'chemistry' of various couples received great acclaim and were loved by all generations.

Thanks to this popularity, it is predicted that Chun Ho-jin or Cha Hwa-yeon will win the grand prize for "Once Again". As "Homemade Love Story" is also cruising with a viewer rating of over 30%, Jeon In-hwa is also expected to be a candidate for the Grand Prize. Except for Gong Hyo-jin of "When the Camellia Blooms" last year, KBS's Grand Prize which has numerous records of a joint winner every year, is highly likely to do so again this year. 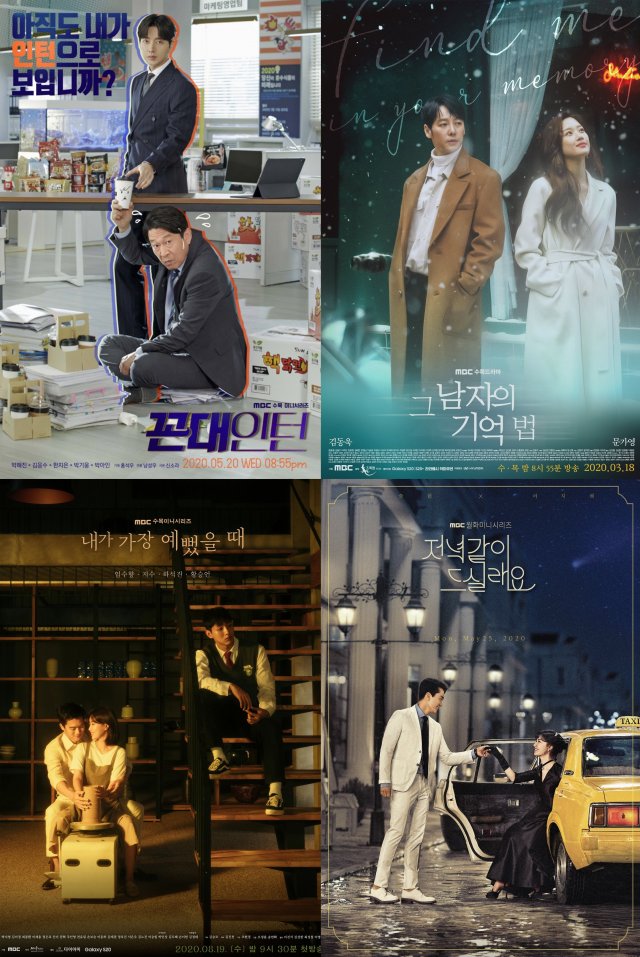 ◆ MBC fails yet again this year

MBC is the most troubled. Since last year, there have been no box office hits or works to put on the front page this year. In other words, there has never been a savior this year to save MBC, which has been suffering from a prolonged slump.

This year, MBC aired a total of 15 dramas, with the only drama that recorded double-digit ratings being "Never Twice" which ended in March. There are dramas that have caught the fanatic level with their excellent workmanship, such as "365: Repeat the Year", "Find Me in Your Memory" and "Kairos" which is currently on air, but did not lead to ratings.

"Kkondae Intern" which recorded the highest ratings on MBC this year, did well in its own way, recording the highest ratings of 7.1%. Leading actors Kim Eung-soo and Park Hae-jin are mentioned as candidates for the grand prize because they received positive reviews for their pleasant portrayal of communication and harmony among generations.

Other candidates include Song Seung-heon from "Dinner Mate", Kim Dong-wook from "Find Me in Your Memory" and Im Soo-hyang from "When I Was the Most Beautiful" but in many ways, they are not good enough to be mentioned as a candidate for the grand prize.

Although "The Spies Who Loved Me" and "Kairos" are currently being aired, it is hard to expect a positive turnaround for them to be considered as candidates for the grand prize. In other words, expectations are rising for what MBC, which had a bad year this year, will bring about.