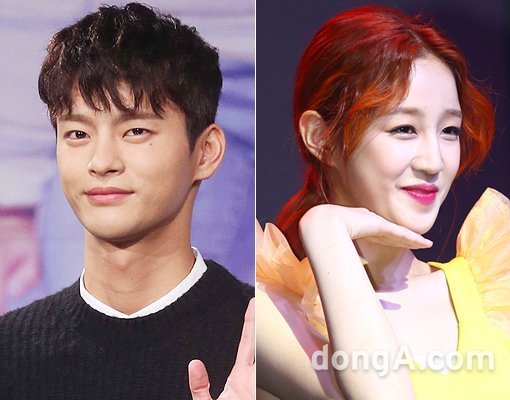 Singer and actor Seo In-guk and singer Park Bo-ram have been seeing each other for two years, their agencies confirmed.

The two have dated quietly for the past two years. When Park Bo-ram's father passed away in October, Seo In-guk was by her side.

The two singers have a lot in common. They began on the same audition program and they have engaged in successful diets for their work. Seo In-guk won the Mnet "Superstar K1" Grand Prize and Park Bo-ram appeared in the next year's "Superstar K2". She was noticed by judge and singer Lee Seung-chul for her sensitivity and her powerful voice.

Seo In-guk has also been acting in dramas "Squad 38", "Shopping King Louis", and the movie "No Breathing". After news about the couple broke out, Seo In-guk said, "We respect and depend on each other and we are like any other ordinary couple".

"Seo In-guk and Park Bo-ram In a Confirmed Relationship of 2 Years"
by HanCinema is licensed under a Creative Commons Attribution-Share Alike 3.0 Unported License.
Based on a work from this source