Shin Dong-mi, "Test Tubes and Cancer... The Comments Held Me up" 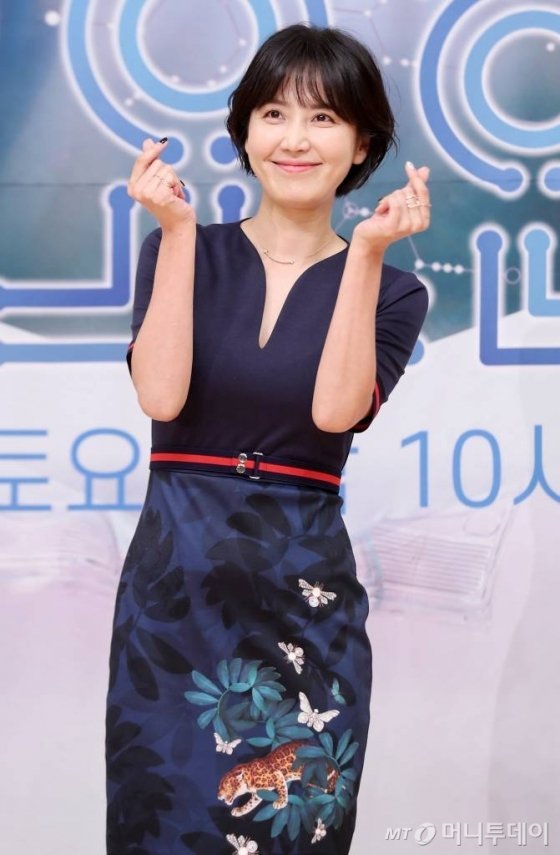 Actress Shin Dong-mi confessed her painful past of a malignant tumor and the failure of having a test tube baby.

She appeared on the SBS TV show "You Are My Destiny" and got on stage for the first ever lecture in her life. She spoke about many things.

She said she was diagnosed with cancer last year. "I had a check-up and they found a malignant tumor growing in me. My world turned upside down", the actress said.

She also spoke about her failure in trying to have a test tube baby. "I wanted a child before I was older, but it failed. My self-esteem hit rock bottom as a woman and as a human being".

"I couldn't continue trying after my cancer was found. Now the cancer is on follow-up monitoring and I have no problems with my health".

Shin Dong-mi said she overcame this hardship thanks to the comments netizens wrote to her online. "I was in the drama "Liver or Die" and in a comment I read, 'I have never hugged my husband before, but after watching the drama I hugged him even though he was asleep, and I plan on doing more of it'. That really touched me".

The audience applauded her for her honest speech. Her husband, Heo Gyu, also watched her with sincerity in his eyes.

"Shin Dong-mi, "Test Tubes and Cancer... The Comments Held Me up""
by HanCinema is licensed under a Creative Commons Attribution-Share Alike 3.0 Unported License.
Based on a work from this source