Singer Yun-ha's Movie Due Out in Spring 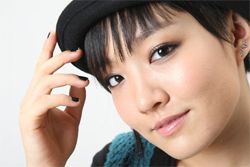 Japanese film "On This Sunday" starring Korean piano rock singer Yun-ha will be released this spring. Yun-ha has posted comments and photos about the film on her personal homepage last Sunday. Her posting said that the movie poster has been issued and asked her fans to come and see the movie.

Yun-ha's representative said in a phone interview with an entertainment news company that the Japanese film release date has been set in spring, but nothing has been confirmed about the film opening in Korea. Yun-ha is expected to work in Japan while the film is showing in Japanese theaters.

"On This Sunday" is about a Korean college student named Sora studying in Japan. The film follows how Sora meets up with a mystery guy working in various jobs and all the happenings that ensue after their encounter. Although Yun-has has appeared in a short film titled "The Day an Angel Came Down to Earth" in 2005, "On This Sunday" is her first starring role and thus considered her debut film.