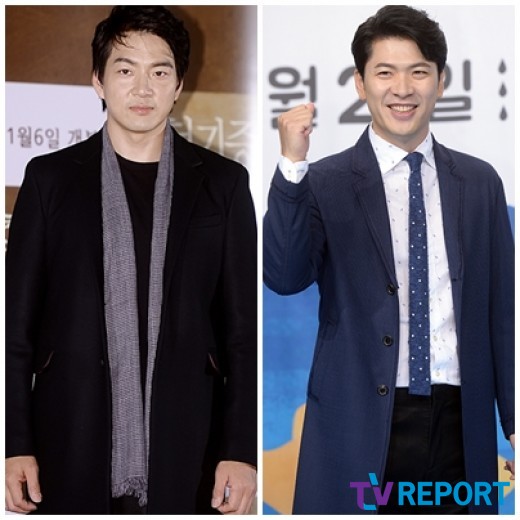 Song Il-gook has already been confirmed for his role as Jang Yeong-sil in "Jang Yeong-sil - Drama" earlier. Kim Sang-kyung, who will play King Sejong, is currently adjusting the details of his filming schedule.

"Jang Yeong-sil - Drama" is a new genre, historical science human drama that KBS is going to experiment for the first time. The drama will depict the life of the genius scientist Jang Yeong-sil in the 15th century in Joseon, who was born in a lowly family during the era when the Confucianism was regarded as the only way to live, and almost ended up living his entire life as a slave forever under the historic social circumstances.

"Jang Yeong-sil - Drama" is currently slated to be broadcast in January next year.

"Song Il-gook and Kim Sang-kyung, two handsome faces to lead new period drama, 'Jang Yeong-sil - Drama'"
by HanCinema is licensed under a Creative Commons Attribution-Share Alike 3.0 Unported License.
Based on a work from this source