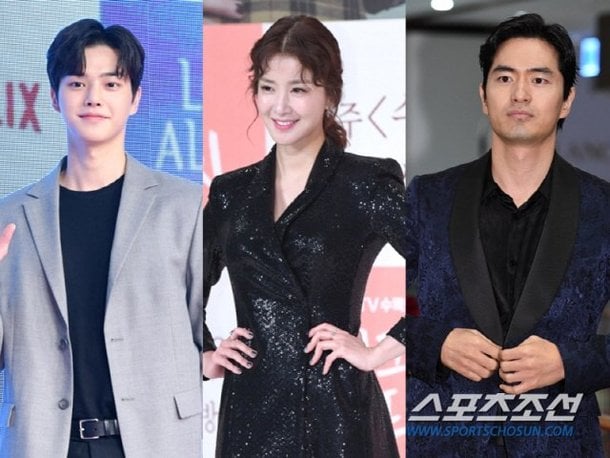 "Sweet Home" is based on a thriller webtoon of the same name on Naver. Lee Eung-bok is going to portray the tragic situation of men turning into monsters in isolated spaces, the psychological change of man and the fierce struggle with monsters.

"Sweet Home" is story of the strange and shocking things that happen to Hyeon-soo, a teenager who lives alone in a new apartment after losing his family.

Song Kang plays the reclusive Hyeon-soo, who comes back out into the world to save people. Lee Jin-wook, who has proven his value through the "Voice 2" and "Voice 3", takes on the role of Pyeon Sang-wook, a mysterious character, while Lee Si-young tackles the role of Seo I-kyeong, a tough girl who is not in the original webtoon series.

"Song Kang, Lee Jin-wook and Lee Si-young Star in Netflix's "Sweet Home""
by HanCinema is licensed under a Creative Commons Attribution-Share Alike 3.0 Unported License.
Based on a work from this source